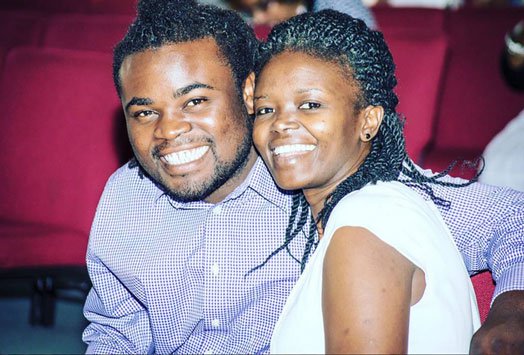 A Kenyan gospel artiste, Eunice Njeri, dropped a bombshell on her fans yesterday when she announced her marriage to husband, rapper Isaac Bukasa ended hours after the wedding.

Ms Njeri and rapper Isaac Bukasa aka Izzo got married on the 27th of November, 2016 in the United States and photos of the ceremony were shared online by their family and friends.

The couple dated for two years before walking down the aisle and announced their engagement on September 19 via Instagram. They later had a pre-wedding in the US where Izzo’s family lives before their grand wedding on the 27th of November, still in the US.

However, according to the gospel songstress, at the end of the wedding day, she realized her heart was somewhere else and so never signed her wedding papers.

She broke the news on her social media accounts, yesterday Wednesday, February 1, 2017, two months after she walked out of the marriage saying:

“On the 27th Nov 2016, Isaac and I did go to the altar to get married, but at the end of that day I realized one thing, I couldn’t do it my heart was somewhere else.

“Probably in Africa doing what I do best, am still trying to figure that out. I immediately left for Kenya and have been serving God the best way I know how.
“To all who supported Isaac and i am grateful may God bless you immensely. To all who were hurt in the process I apologize. The marriage was annulled (like it never happened). No papers were signed.
“Afterwards and we both made a decision to go our separate ways. I hope for your support and help as we move on. Like every other relationship we hit a rock, maybe a little too early but have since overcome.
“Consequently, we have decided to go our separate ways and hope for the very best. God bless you.”

Her husband Isaac Bukasa hasn’t officially reacted to the announcement yet but a week after their wedding in November, he had sent his estranged wife a lovely message on Instagram showing his love for the singer.

“Only God knows how much this woman means to me.
“The best thing that happened to me this year. Oh, please don’t tell her.”

Njeri on the other hand has deleted all posts about him on her Instagram page. Izzo still has several posts about her on his page. 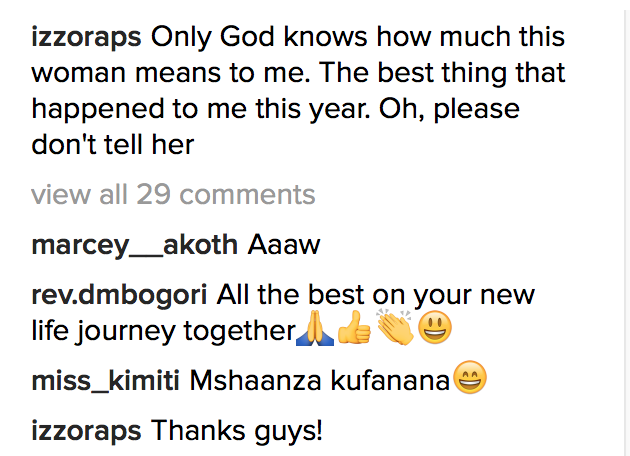