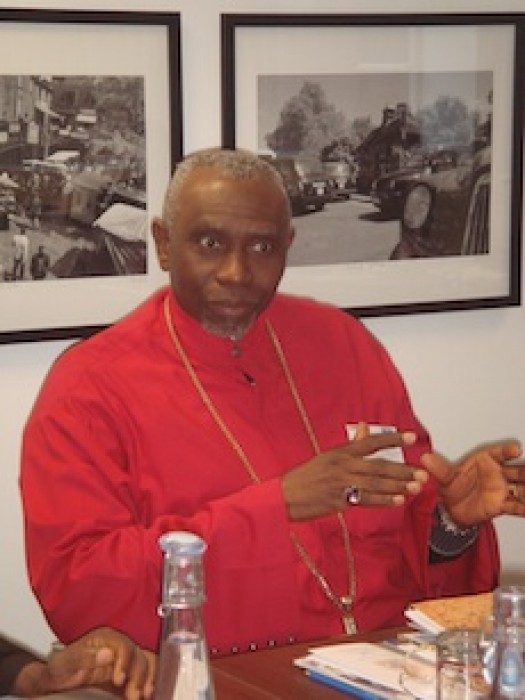 A former National President of the Pentecostal
Fellowship of Nigeria, Pastor Ayo Oritsejafor, says
most people who claim to be pastors or men of
God are not, as they were not called by God in
the first place.

Oritsejafor expressed displeasure over how
‘these men of God’ have now turned the church
into a business centre and living flamboyant
lives, stating that the development was the
reason kidnappers now see the church as a
place to make money.

In a recent chat with the Punch, the outgoing
President of the Christian Association of Nigeria,
CAN, said, “The problem we have in the church is
that a lot of these pastors are not men of God as
they were not called.

“They are mercenaries, commercially minded
people. The duty of the church is to preach
morality not materialism and because Nigerians
are very gullible; they are easy victims of deceit.
They fall prey to some of these pastors or
prophets of doom. The way they live gives a wrong impression of what should be in a church
of God. There should be no room for material
possessions.

“I am not saying a man of God should not live a
life of comfort but it should be a life of good
comfort; that is why kidnapping is now a
common thing even in the church.

“It is unfortunate that we are having this kind of
problem because most places of religious
gathering, particularly of the Christian faith, are
seemingly reducing their faith to commercials. So
many people think they have money and most
of them live a flamboyant lifestyle.

“As such, the kidnappers mistake them for
money men but there is nothing there. The
kidnappers would be kept at bay if they stopped
preaching prosperity and allowing dirty money
to go into the church coffers. I also think the
church is losing its moral values. The values are disappearing gradually.

“We should preach values and not materialism. I
think the churches themselves should look
inwards and correct the poor impression they
are giving people outside that there is money in
the church, whereas there is none,” he stated.

On his opinion on the Kaduna State bill against
public preaching, Oritsejafor said Governor Nasir
el-Rufai had seemingly taken the wrong step.

Oristejafor said, “He should call a meeting of all
the stakeholders in th

at state with respect to
religious activities before rushing to the state
Assembly for any bill. Be that as it may, we have
to be very careful if there is any bill intended to
wear religious colouration.

“When Sharia was introduced into this country
we were lucky to have a Christian President,
Chief Olusegun Obasanjo, who tamed it. Nigeria
would have been engulfed by the conflagration.
Sharia would have been misunderstood.

“There are already enough laws in the statue
book that take care of what Governor El-Rufai
has in mind. I have no objection if he wants to
curb noise pollution in the name of religion. I
quite agree if this is the basis. But in a situation
where it is meant to tackle extremism, libel, sedition, incitement and more, there are enough
laws in our statute book for this. Doing
otherwise is not good for him.

“I have tremendous respect for him for he was
the person bold enough to say that there should
be no more street begging. Yes, that was a
sensible thing because even in the Islamic
countries such is not allowed,” the pastor stated.