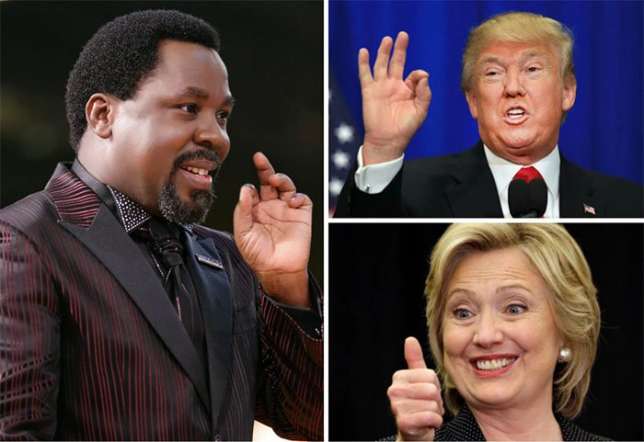 Religion is one place where controversy thrives. Why? Because people can never agree on certain things.

Whenever a pastor, priest, the Pope says or does something, people just have to argue, thereby leading to a prolonged public disagreement or heated discussion.

As usual, We are here to gather these interesting times. Here are seven major controversial moments of the year.

1. Resurrection Miracle: In February, 2016, Pastor Chris Okafor, the General Overseer of Mountain Miracle and Liberation Ministries, a.k.a Liberation City, brought a dead baby back to life. This created a huge controversy online. Some argued that this miracle was impossible while the followers of the preacher, known as the ‘oracle of God’ backed him up. 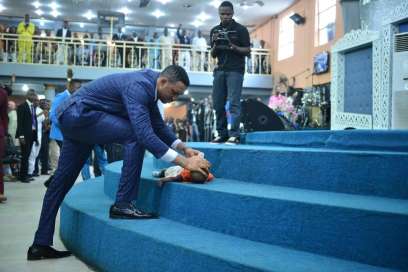 2. Man claims to go to Heaven: April, 2016 saw Pastor Paseka Motsoeneng, popularly called Prophet Mboro, taking a trip upstairs. According to the controversial South African pastor of the Incredible Happenings Ministries, he was abducted by God on Easter Sunday and taken to heaven. There, he claims to have taken selfies with angels, God, Jesus Christ and His wife, who is reportedly from the Xhosa tribe in South Africa! The entire Internet went crazy for this guy. 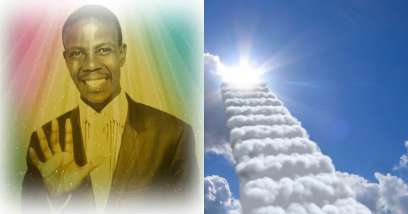 3. Pastor E.A Adeboye shuts down the Internet with marriage advice: In August, 2016, Daddy G.O of the Redeemed Christian Church of God sparked a serious debate when he said, “don’t marry anyone who cannot pray for 1 hour straight.” He was dragged across all social media platforms for this, although his die-hard church members tried their best to back him up. The popular Man of God was in the midst of another controversy when he said, “Sex is not food. It’s a bad obsession.” All of these controversies caused the pastor to tell his church members to stop putting up his videos or quotes online. “Spare me the problem. I’m not talking to you so that you can put me on YouTube,” he said. 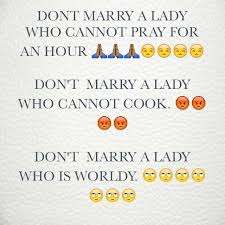 4. Mountain of Fire and Miracles Ministries (MFM) marriage requirements: In October, 2016, the World learnt of the ‘ridiculously long’ wedding guidelines of the Mountain of Fire and Miracles Ministries (MFM). The House of David branch needs 17 things before couples are eligible to get married. A mandatory well tailored two piece suit for the groom, compulsory approval of the bride’s wedding dress, pregnancy test at the church designated hospital are some of the conditions. This created a major conversation on the Internet.

5. Covenant University school fees controversy: Bishop David Oyedepo issued a warning to critics. “The school fees has Gods approval and is in accordance with the quality of facilities provided by the university in meeting the educational needs of the nation,” he said. This statement upset a lot of Nigerians,who attacked him on Twitter. This happened in November, 2016. The Oyedepo name came up in another controversy when the Pastor’s daughter received major backlash over a confusing arm extension ‘miracle’. Nigerians simply refused to believe her.

6. Security detail for Men of God: Former Christian Association of Nigeria (CAN) president, Pastor Ayo Oritsejafor, was spotted with Police escorts at the Nnamdi Azikiwe International Airport in November, 2016. This raised a serious question as people wondered why preachers even need escorts. 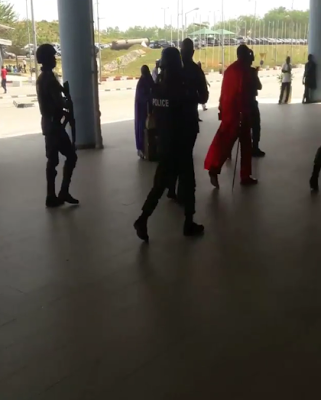 7. ‘Miracles’ by South African pastors: Every year, South African pastors are in the news for interesting ‘miracles’. Just when you think they have it all, they dumbfound the Internet with something they call a ‘miracle.’ The most recent controversial ‘divine’ acts include harmful products. Lethebo Rabalago annoyed everyone when he healed his church members with Doom insecticide. He claims that Doom can heal people with cancer, HIV and other illnesses, adding that, “God can do anything, God can use anything. If God can use oil, God can use water, God can use anything.” 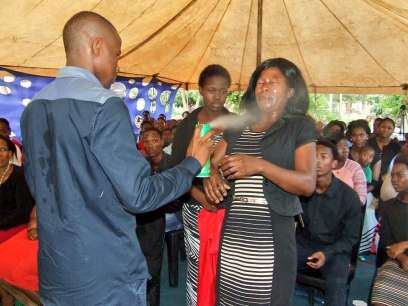 Which of these is the most controversial moment for you?