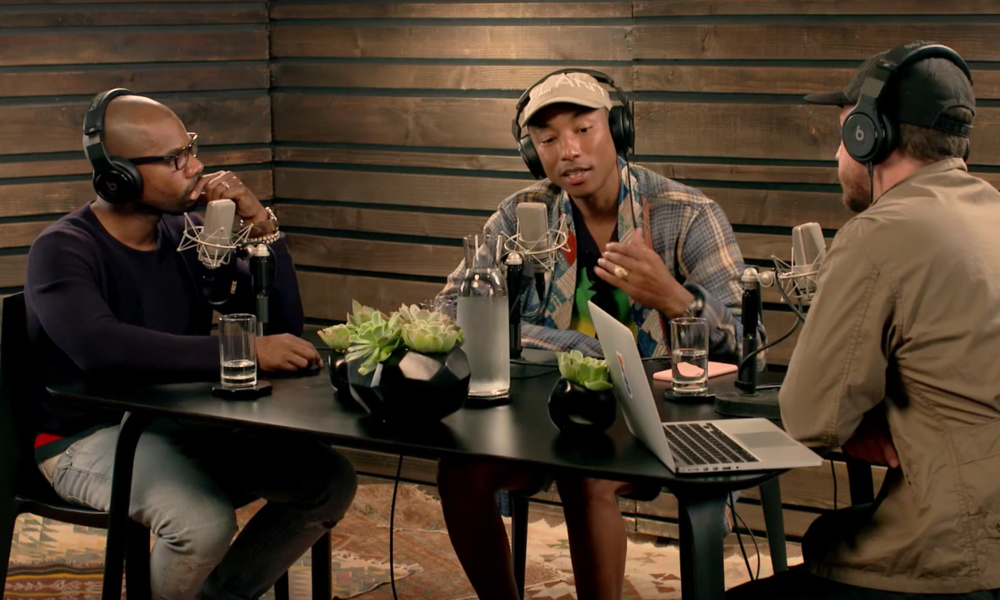 Pharrell said he was “raised in” gospel music but didn’t necessarily understand the power in it until later on.

“I remember the fire that you would see in church. Because I was around it, I thought everyone had seen that before,” said Pharrell, and though surely, “Everyone’s seen someone catch the spirit, everybody’s seen when the spirit runs through the church.” .

As he grew older and moved a few times, he saw that wasn’t case. When he went to other churches, often times the music was very different.

“As I got older, I realized not all churches were like Pentecostal churches or like Baptist churches,” he said, in describing the musicality of the services.

Franklin said that many of today’s popular singers and musicians have roots in the Black church or in gospel. He cited Justin Timberlake, Mariah Carey, and Brandy as such examples. He described it as “a musical pool to be able to grow in.”

Kirk wasn’t raised with gospel music. He admitted that growing up there were no radio stations that played it. He did, however, get inundated by classic oldies from the 40s and 50s. The soulful singing and powerful voices played an influence in his music and life.

“I wasn’t into Christian music until I myself became a Born Again Christian at 15,” he shared.

Upon getting saved, he would take some of those old tracks and “flip” them to something with gospel music flare.

Franklin and Pharrell said there is a bit of a disconnect between gospel and Christian music and mainstream music, but artists such as Kendrick Lamar and Chance the Rapper may help bridge the gap to someone like a Lecrae, Tye Tribbett, or even Kirk himself.

Watch the interview below: