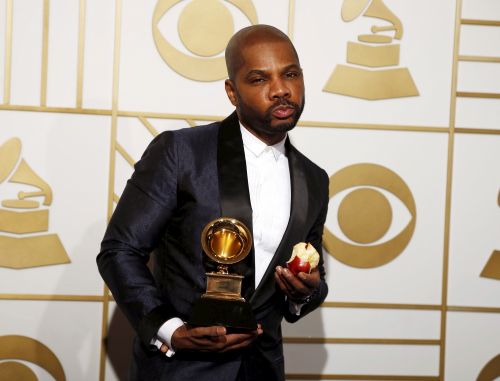 When Kirk Franklin stopped in Jacksonville,
Florida, for the second leg of his tour Sunday,
the concert was halted for a moment of
intercession that made the veteran minister of
music terrified to pray.

On his “Twenty Years In One Night” tour,
Franklin taps singers in the audience to help
him with the song “Intercession” from his
Losing My Religion album. On June 5, one of
that singer was 31-year-old gospel singer
Josiah Martin who emotionally began to share his testimony and battle with kidney disease
during the concert.

After the concert ended Franklin took to Facebook to reveal his emotional response to Martin’s testimony.

“Many in the music industry know him as JO JO,
a prolific artist whose voice has been featured
on many gospel and mainstream albums. Jo jo
is 31 and has been waiting for a kidney match
for over 3 years now,” Franklin explained.
“Tonight while I was performing a song called INTERCESSION I passed him the mic in the
audience and that’s when the air was sucked
out of the room and the entrance of God’s
presence was the only thing we remembered..
As he began to sing, he sung from one of the
most honest and broken places I’ve ever heard a voice communicate from. As he sang about
the fatigue of dialysis and the discouragement
of waiting for a match, I wanted to pray for
him, but was terrified to.”

After the emotional experience, Franklin
analyzed his method for publicly praying for
Martin.

“The moment was so pure and the entire
building was in tears before the Lord. I did not
want to abuse my platform at the expense of
trying to pray one of these impressive prayers
that makes people shout and the organ and
drummer cause the people’s feet to run,” the gospel music legend admitted. “Though there’s
nothing wrong with those moments, they are
often too much of the goal, and we often think
that God didn’t move if we didn’t run around a
building. I did not want to say things I cannot
promise, nor did I want to rebuke a devil that has NOTHING to do with this!”

Instead, Franklin said he wanted to just keep
his focus on God during the difficult time for
Martin.

“I wanted to be like Habakkuk in the Bible who
when facing his enemies and problems too big
for his own strength, prayed one of the most
intimate and honest prayers that has become
my favorite love letter to God. In the face of his
giants he prayed “God, I don’t know what to do, but God my eyes are on you,” Franklin
wrote. “That’s what I needed to say. To be
weak before Him, humble before Him, because
that’s what my brother needed… Not Kirk, but
the KING.”

The moment had a large impact on the gospel
musician who insisted he would never forget it.

“And my King, I ask of you to do what no one
else can do…a miracle for our brother. Amen,”
Franklin wrote in prayer. “I’ll never forget
tonight. Thank you JO

Martin, who has signed a record deal with
Maroon 5 keyboardist PJ Morton, took to his Instagram account to thank Franklin for the prayers. They later ended up in a recording
studio.

“I still can’t believe this moment that God
allowed us all to see!! @kirkfranklin thank u
sooooo much for praying with and for me,”
Martin tweeted. “#Soontheworldwillsee
#Heintercedes #Jacksonville @mortonrecords
#ThanksGod Jojo~”