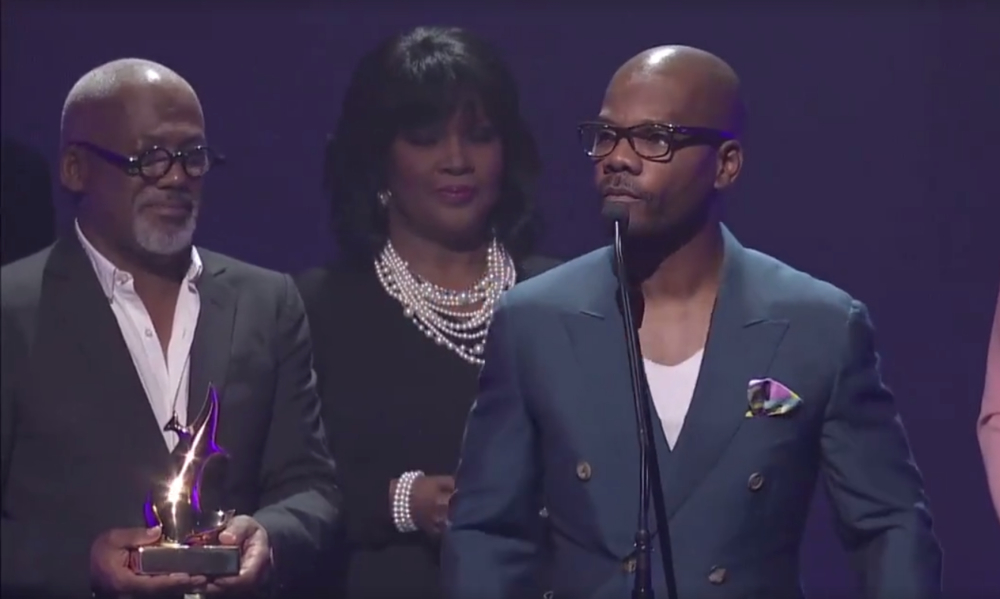 Kirk Franklin used the Dove Awards 2016 stage to speak about how Christians can “control the narrative” of the world, and be part of the solution instead of indifferent.

The music legend won the award for Gospel Artist of the Year, but the accolade came second to the message he had for the viewers.

Franklin pleaded with the mostly Christian creatives crowd to use their platform to be a voice within the constantly changing narrative.

He then prayed for unity in the church and among people.

Watch the clip below: