Leadsome vs May: Next UK Prime Minister Will Be A Christian woman 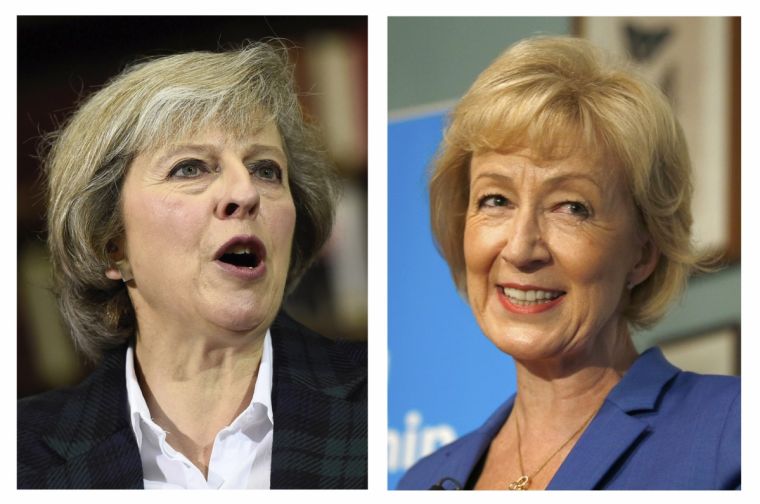 The next Prime Minister will be either Theresa May
or Andrea Leadsom after Michael Gove was
eliminated in the final round of voting by
Conservative MPs.

In the second round of voting May picked up 199
votes and Leadsom 84, leaving the justice secretary
Gove in last place with 46. Tory party rules mean
Tory activists will be given the direct choice
between the home secretary May and the junior
energy minister Leadsom, considered an outsider at the start of the contest.

May, who wanted the UK to remain in the European
Union, will face a stiff challenge from the Brexiteer
Leadsom who has risen to prominence over the
referendum campaign. Despite her relative
inexperience, Leadsom could well prove popular
with Tory activists, the majority of whom back Brexit. Although May’s long stint at home secretary
means she is considered a safe pair of hands, she
may struggle against the outspoken Leadsom.

Boris Johnson, who chose not to run for Prime
Minster after leading the campaign to leave the EU,
has added his support to Leadsom’s campaign. He
said she had the “zap, drive and determination”
needed.

Immediately after the vote May said she was
delighted to have won so much support from MPs
in both the Remain and Leave camps. “This vote
shows the Conservative party can come together
and under my leadership it will,” she told
supporters outside the House of Commons.

“We need proven leadership to negotiate the best
deal for leaving the EU,” she said, in a jibe at
Leadsom’s inexperience. She added she wanted
Britain to work for everyone, “not for the privileged
few”.

Both women are committed Christians. Earlier on Thursday Leadsom said she was opposed to gay marriage laws because they hurt “many Christians”. In an interview with ITV she said she would have
preferred marriage to have remained “a Christian
service” with civil partnerships available to both
heterosexual and gay couples.

Leadsom has given her testimony on the Christians in Parliament website and said the moment “became impossible…not to believe in God” was
when her first son was born. She said: “I always try
to ensure I am doing what I think God would want
me to do. What that means is I try to keep the ‘love
your neighbour’ [command] and not just allow the
wave of politics and arguments to get to me. I try to stay calm and measured and be as God would want
me to be.”

Theresa May, the daughter of a vicar, has been
reluctant to discuss her faith saying “It’s good we
don’t flaunt such things in British politics”. But
when she was invited onto BBC Radio 4’s Desert
Island discs, the home secretary chose Isaac Watt’s When I survey the wondrous cross as one of her songs.

She told presenter Kirsty Young that she “never
took issue with the church” because it was “never
imposed by her parents”. She said she was still a
practising Anglican: “It is part of me, part of who I
am and how I approach things.”

The pair will now enter a summer of hustings
across the country in an effort to win the support of
the membership.