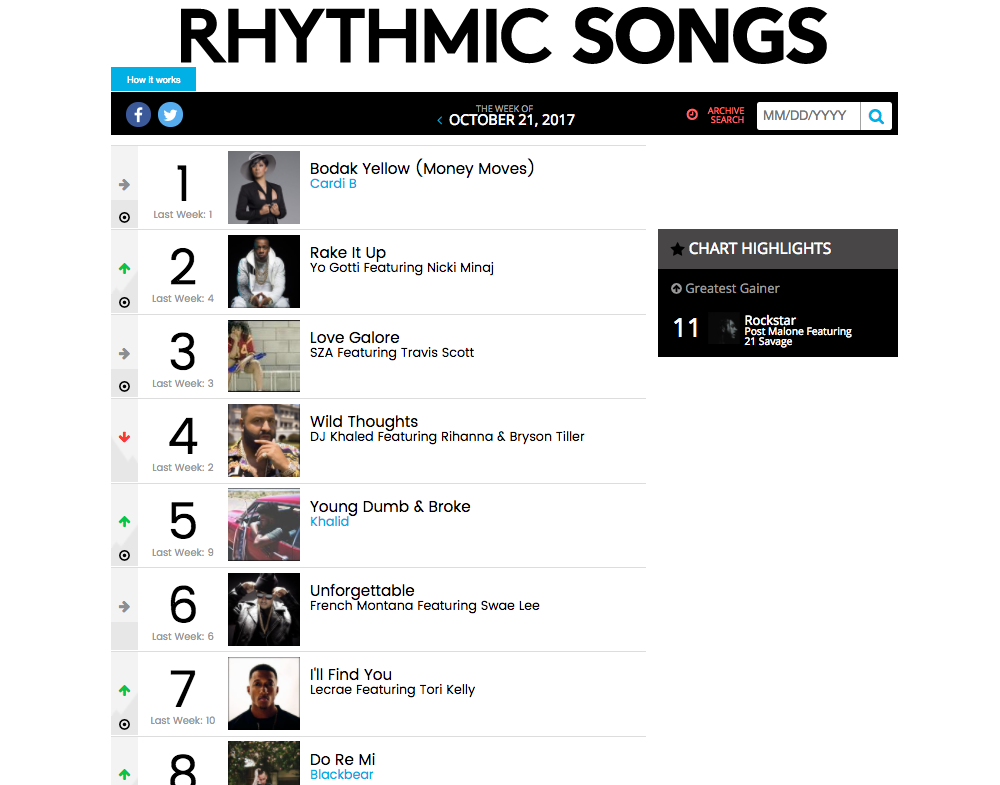 Lecrae’s newest album All Things Work Together dropped a few weeks ago and in addition to charting on the iTunes Hip-Hop Charts, this week, his single, “I’ll Find You,” featuring Tori Kelly is charting somewhere else.

“I’ll Find You” has reached the no. 7 spot on the Billboard Rhythmic Songs Chart, which moved it from the 10 spot it claimed last week. The chart shows the subsequent week’s chart, so this information is representing the week of October 21. It has already spent 10 weeks on the chart and this is its highest spot.

To read about the first week numbers of ATWT click here .