Lecrae: Only Those With ‘Something To Lose’ Don’t Want Racial Justice 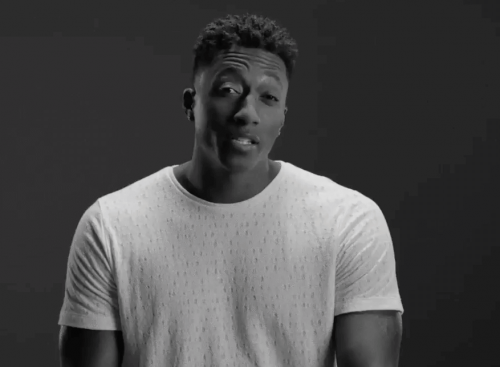 When it comes to the topic of race relations,
outspoken Christian rapper Lecrae is striking a note
that resonates with some of his fans but might
leave others covering their ears.

In an op-ed published by Billboard on Friday, the Grammy award-winning artist once again spoke
out against racism, insisting that harmony and
understanding require humility following the police
shooting deaths of Louisiana resident Alton Sterling
and Philando Castile of Minnesota, and the
subsequent killing of five Dallas police officers — Brent Thompson, Patrick Zamarripa, Michael Krol,
Lorne Ahrens and Michael Smith — at the hand of a
black sniper who said he was targeting white
officers.

The music producer referred to an excerpt from a
TEDx Talk in which he explained that everyone has
a story and a crucial step toward trying to relate to
one another is understanding those stories. Doing
so, however, takes some humility.

“I think that it takes humility to hear another
person’s vantage point, especially when you
believe the one that you have is correct,” Lecrae
said.

The Texas native asserted that everyone is tainted
by bias. “We’re all biased; there’s no one in this
room who’s not conditioned, socially and
environmentally, to have biases. Biases exist within
everyone so listening and understanding takes a
level of humility. It just does, and that’s really what it comes down to.”

Lecrae explained that when certain issues only
affect minorities, the majority of the population
might not feel those issues really exist.

“This is a conversation I have with lots of my white
friends all the time,” he said. “When I share my
experiences with them, they’re like, ‘Oh. Really?'”

The music artist said it takes humility and cultivating
“real relationships — not just through work and
school projects” — to begin to see things from
another perspective.

For those who take issue with whether or not
institutional racism exists, the rap artist spoke his
mind. “Some people may have to say, ‘I don’t
understand systems and infrastructures making
differences in people’s lives,'” he said. ‘I just see
that my decisions affect my reality. I’m not racist. I’m not mad at anybody. I want to hear your story. So
explain how you see racism as an institutional
problem?'”

To this, the hip-hop artist responded using an
analogy: the same way that a billionaire of the ’60s
has wealth that affects his descendants today, so
will the lack of finances and resources of a slave
affect their descendants today.

Lecrae added, “So when you start looking at it [like
that] and stepping back, you may say, ‘Ah, okay.
It’s more of a systemic issue that’s happening.’ If
you start to see some of these infrastructural
[issues,] that will start to make a difference.”

“But to be fair,” he said, “that process takes humility
on both sides. It also takes a great deal of humility
for someone to quell his or her emotions,
frustrations, and anger with another who
constantly can’t see the emotional turmoil they’re
going through.”

“If you subscribe to any moral code that says you
should care for humanity, obviously black people
will fit into that category. So why would you not
advocate for justice and truth unless you have
something to lose?”