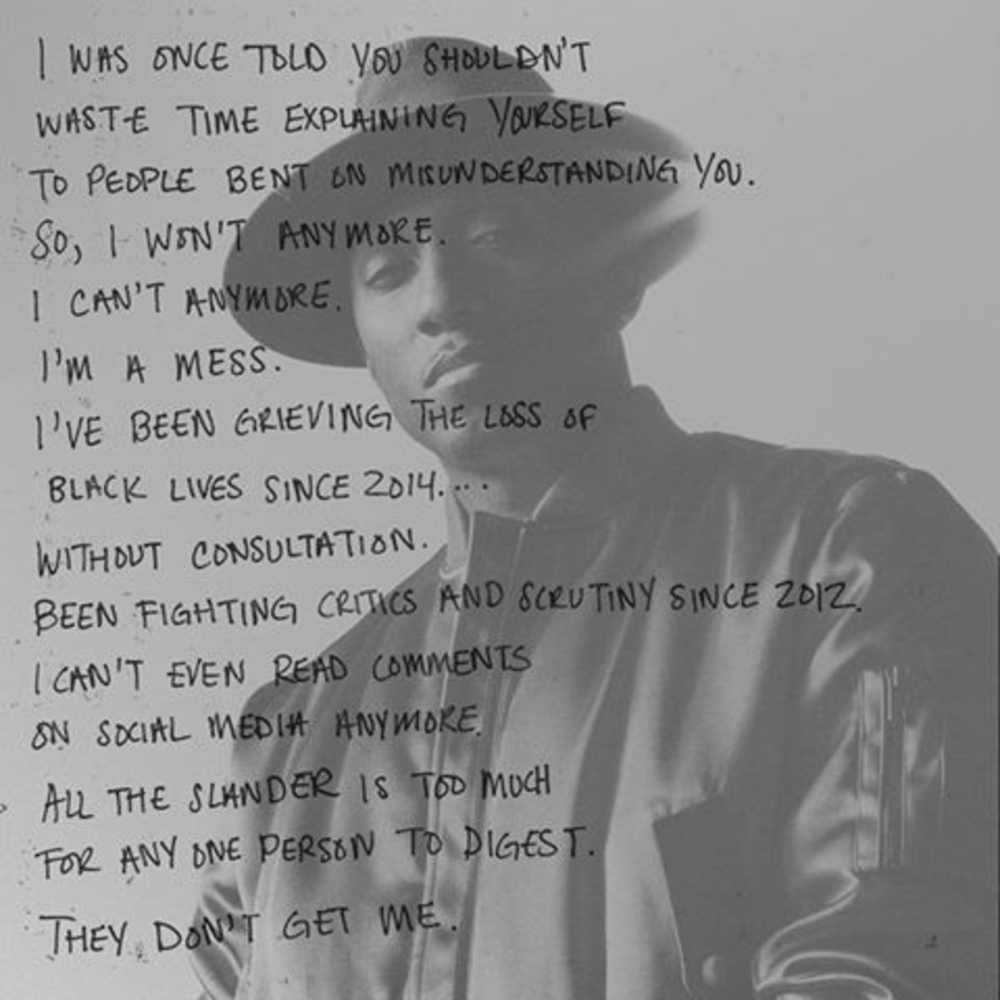 Outspoken Christian rap artist Lecrae wrote an open letter to Huffington Post where he expressed all his frustrations with humanity, being misunderstood, critics, and navigating through culture.

The piece, ”The Pains of Humanity Have Been Draining Me,” is a deep and honest revelation into Lecrae’s heart. The artist gets about personal about his feelings as he’s ever done before and tries to paint a picture of some of the noise going on his head.

“I navigate different cultures daily, and I understand how people can make false assumptions because of their lack of interaction with the cultures I find myself in,” he wrote about critical people online. “But if they don’t frequent these spaces much, how can they rush to judgment?”

This statement is no doubt in response to Lecrae’s convictions on speaking out about racial injustice, taking a social stance on many topics, and even weaving his way through Christian and mainstream media.

“I hit a serious low on tour at one point; I was done with American Christian culture,” he admitted. “No voice of my own. No authenticity. I was a puppet. I’d seen so much fakeness from those who claimed to be my brothers and sisters that I didn’t even know how to talk to my Heavenly Father.”

He said while at that low point all of the widely publicized incidents concerning Eric Garner, Mike Brown, and others began to take a toll on him.

“As I shared my heart, my supporters turned on me even more—fans and friends. There was no empathy. Though some comments were just evil and hurtful, others were steeped in ignorance and lack of perspective.”

Lecrae then shared his experiences with law enforcement that his brought him to think there needs to be a fix in the “flawed” system. While he has great respect for the many men in uniform, he wants there to be change.

The emcee then spoke about why he says “Black Lives Matter” but doesn’t necessarily endorse the “organization.”

He went further and broke down some of the arguments people throw at him, such as “whining” about the past.

“If you enslave and torture a people for 400 years, tell them they are free but torture them another 100 years, and then kind of give them rights begrudgingly 50 years ago, how can you expect zero systemic effects?” he wrote.

Lecrae said he’s not “mad at white people” but rather disparaged that these problems still exists.

He revealed that over the last year all of these situations have caused him to become depressed and question who he is. “That’s where I found myself. And that’s where God found me. I’m only one man. I stress MAN. Human. Fallible. Fallen. Susceptible. Vulnerable.”

He continued, “But I’m working on me. Well, God is. And as He is, I hope for grace and mercy and prayers from all those who really care.”