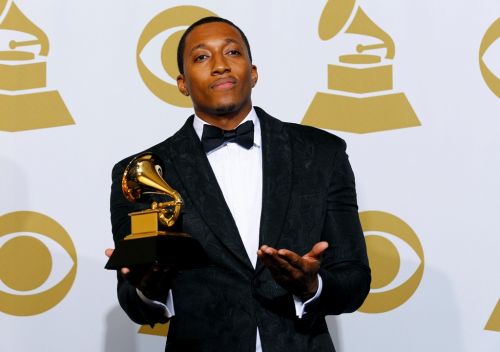 Rapper Lecrae warns fans about two major
problems people face when they’re on a
spiritual high, which he describes in detail in his
new book, Unashamed.

The Reach Records founder and Academy
Award winner took to Facebook on Tuesday to share an excerpt from Unashamed, which is set
to release on May 3. In the snippet the rapper
describes his initial reaction to getting saved
and what he has since learned from his
behavior:

I had finally been set free, but I was about
to find out if I could live free. A person can
be removed from slavery in an instant, but
it takes a lifetime for slavery to be
removed from a person.

The first thing I did when I returned to
college after my conversion was steal a
Bible. It was sitting in a local church’s ‘lost
and found’ box — someone else had lost
it, but I found it before they did.

People who were raised in church often
talk about coming home from a summer
youth camp or church revival and being
on a ‘high.’ Maybe that’s the best way to
describe what I felt too. It felt like a high,
except I didn’t have to smoke any weed to experience it.

I felt satisfied from having discovered
what I’d searched for most of my life. The
meaning and purpose I’d wanted was
there now, and the worry that used to
consume me was gone. Joy replaced
anxiety, and I found a new energy for learning and growing. I had found the
truth about life and God and myself. I was
19 years behind and needed to catch up.

But there are two big problems with being
on a spiritual high. First, it can often lead
to legalism. You want to prove — to God
and your friends and even yourself —
how ‘holy’ you’ve become, so you make
extreme modifications to your behavior. You don’t want to leave doubts in
anyone’s mind that you’re really a
changed person, that you’re really ‘on
fire,’ that you’re really ‘sold out.’ So rather
than rest in God’s grace, you busy
yourself trying to prove your own righteousness.

Lecrae is known for unapologetically sharing
his opinions on an array of topics that might
seem controversial or uncomforable to broach
among some Christian circles.

In the past, Lecrae, who’s also a father and
husband, has said he knows who he’s trying to
reach with the Gospel so he avoids the title
“Christian rapper,” even though he’s not
ashamed of his faith. He and his fellow Reach
Record rappers often proclaim the number 116, which hints at the biblical verse Roman
1:16: “For I am unashamed of the Gospel, for it
is the power of God for salvation to everyone
who believes, to the Jew first and also to the
Greek.”

The verse is also the inspiration behind Lecrae’s
book, which he says is for all who want to
break the mold and live outside of the box, as
he strives to do.

“I am writing Unashamed for all those who
don’t know who they are, who feel confined
by the labels given to them,” Lecrae said in a
statement shared with The Christian Post. “This
is for the outsiders looking for peace within.”

“As an artist, my ambition is to make honest
music, and I feel the same way about writing
this book,” Lecrae continued. “I want to be
honest about where I’ve come from and what
I’ve learned along the way. I want to influence
culture, to help catalyze and inspire, and help other people find understanding. If they find
some inspiration and some clarity for their own
lives, as they follow my journey, then I will
have succeeded.”

In a previous interview with Rapzilla, Lecrae revealed that the book will explain why he has
stormed the gates of the secular hip-hop
community with his music.