Lent: 5 Important Things To Give Up This Year! 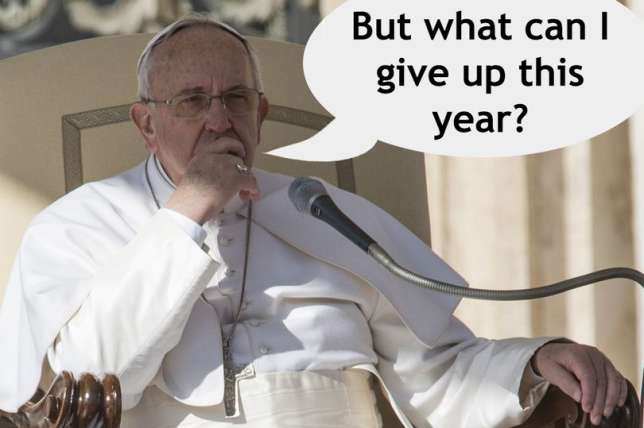 Alcohol, meat, chocolate are not the only things you can give up during lent

As a child in a Catholic household, I thought meat was the only thing to give up during the Lenten season.

I am sure I was not alone in this way of thinking. Thankfully, I have to come to understand that this period is bigger than just abstaining from meat.

It is a lot more than that since it is basically about killing our sinful, human nature and desires to focus on God.

Once you come to this realisation, you understand that there are other things you could give up that would have more impact on your spiritual life.

1. Being judgemental: Matthew 7:1 says, “Judge not, that you be not judged.” Lent is the perfect time to let go of this bad habit and adhere to God’s word at the same time.

2. Gossiping: This is one destructive habit that we can afford to give up during Lent, hopefully, we can continue to give up even after the 40 days is over. Rather than gossip, let us try praying. 2 Timothy 2:16 provides some encouragement by saying, “But avoid irreverent babble, for it will lead people into more and more ungodliness.

3. Being heartless and wicked: Being a Christian means Christlike, meaning we can not afford to be heartless or wicked since He was not any of these things. So, we can afford to give up these two things for Lent and be merciful towards others instead.

5. Being jealous or envious of others: Jealousy never pays so give it up instead. James 3:16 encourages this, “For where jealousy and selfish ambition exist, there will be disorder and every vile practice

Lent is bigger than just giving up chocolate, meat or any food related things. Think instead of the things that separate us from God, those are the things to give up.

What are you giving up this year?