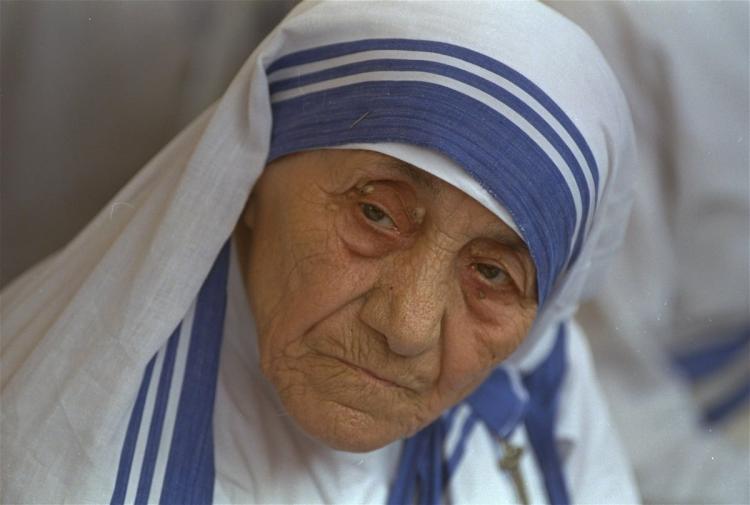 Mother Teresa’s impending sainthood by the
Roman Catholic Church on Sept. 4 is an
inspiration to those who seek answers to
questions of why we are here and how to live a
moral life, author says. (AP )

On Sept. 4, Pope Francis is planning to announce
that the modern world’s most ardent apostle of
compassion for the disadvantaged in our
society, Mother Teresa, will be recognized as a
saint of the Roman Catholic Church.

The epic event is an inspiration for everyone,
everywhere, who seeks answers to the
important questions of why we are here and
how to live a moral life.

Sources are divided over the number of saints
previously deemed extraordinarily holy,
virtuous and worthy of great veneration, as
they were determined in a rather spontaneous
process and the number of those designated
run into the thousands.

It was not until the Middle Ages that the
authority for the canonization of potential saints
became more limited and regulated by the
Vatican.

Under the rules of the Catholic Church, the road
to sainthood is a long one: (1) after death, the
Vatican can deem a person a “servant of
God;” (2) further scrutiny of a candidate’s virtue
and approval leads to the title of
“Venerable;” (3) then, two miracles must be verified before a candidate can be bestowed
with the title of “saint.”

Arguably the most revered religious figure in
world history is Jesus of Nazareth, whose
foremost mission in his short ministry was
unconditional compassion for the abandoned
and the destitute in society, through faith and
love.

As chronicled in the first four books of the New
Testament (Gospels of Matthew, Mark, Luke and
John) Jesus encouraged selflessness and
humility, peace and the avoidance of violence,
and invited everyone to honor his fellow man
— and these righteous pursuits would be rewarded “with the keys to the Kingdom of
Heaven” (Matthew 16:19).

Unfortunately, it can be suggested that
proselytizing by early church fathers redefined
and altered Jesus’ pure and simple message by
adding the ethic of fear towards those who
lacked faith.

Jesus’ untainted words and deeds became the
inspiration for a Roman Catholic nun from
Yugoslavia who moved to Calcutta, India, where
she started a religious community called the
Missionaries of Charity to “represent the poor of
the world, the unwanted, the unloved, the uncared, the crippled, the blind, the lepers, the
alcoholics, the people thrown away by society,
people who have forgotten what human love is,
or the human touch” (MT, Where There Is Love,
There Is God).

Mother Teresa’s unequivocal devotion to the
Gospel lessons of serving society’s most needy
was acutely illustrated when she wrote:

“Without our suffering, our work would just be
social work, very good and helpful, but it would
not be the work of Jesus Christ, not part of the
redemption. Jesus wanted to help us by sharing
our life, our loneliness, our agony and
death” (MT, to MC Sisters, 1961).

Expanding on the time honored parables of
Jesus’ ministry, Mother Teresa adopted many
metaphors that defined her lofty goal of
improving people’s self esteem through love.

She redefined the word “poor” to include not
only those who lacked material wealth but
those who had forgotten what love was and
had no one to love them.

The “hunger,” “homelessness,” and
“nakedness” Jesus spoke of (Matthew 25:
35-36) was redefined by Mother Teresa to
suggest that hunger was the want of love,
homelessness was a rejection from society as
unwanted, and nakedness was not only a literal lack of clothes but a loss of dignity.

And the use of the word “thirst” (John 19:28)
was considered to mean the thirsting for
people’s love, thirsting for their kindness and
compassion — not a physical thirst for water —
with the “aim to quench this infinite thirst of a
God made man” (MT, Come Be My Light).

The 1979 Nobel Prize for Peace was awarded to
Mother Teresa in acknowledgement of her
“constructive efforts to do away with hunger
and poverty, and to ensure for mankind a safer
and better world community in which to
develop.”

There is much the world can learn from this
saint whose life was passionately devoted to
find the holiness in our lives, guided by the
compassion of love.

As Mother Teresa wrote, “Love is a one-way
street. It always moves away from the self in the
direction of others. Love is the ultimate gift of
our selves to others. When we stop giving we
stop loving, when we stop loving we stop
growing, and unless we grow we will never attain personal fulfillment; we will never open
out to receive the life of God. It is through love
that we encounter God.” (MT, Where There Is
Love, There Is God).