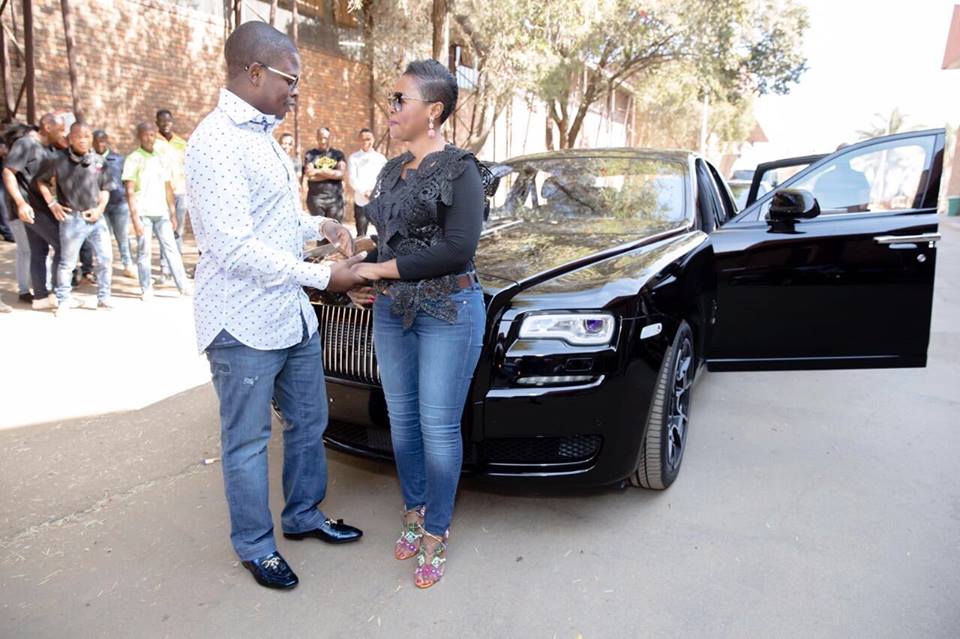 Popular prophet Shepherd Bushiri popularly known as Major One could not hold on his shock of the gift which was given to him by his wife Mary Bushiri to mark their wedding anniversary. The South Africa based pastor who once claimed he could walk on air and raise the dead – took to his page to share the romantic gesture. Read what he shared below;

Allow me to take this opportunity to say a heartfelt thanks to my wife for the pre 30th July Anniversary gift.

This may look like a show off to others but for me it is a public appreciation as any normal husband would do.

The fact I am a Prophet does not substitute the fact that I, too, am a husband. That being said, I would also want to feel the same love and appreciation every normal man would want to feel.

Every love story has been recorded in the Bible with its own happy ending. Abraham and his wife Sarah had a lasting love built upon faith. Jacob and Rachel had a blissful union and guess what, just like my own Mary, the Bible says she was lovely to look upon!

As God continues to take me through the journey of the prophetic, I am grateful that he is also taking me through a journey of true love! I could not have asked for a better partner, friend or wife!

Having said that, I would like to say thank you to the world’s best wife for the Rolls Royce Ghost black barge model 2016. This will motivate me as I serve Christ and not only me but many who you inspire as a wife of a prophet, seasoned business woman, C.E.O of Shepherd Bushiri Investments and above all, a believer of Christ.