Mbaka; ‘As A Reverend Father, Were You Called By God To Speak For Buhari?’ Reno Omokri Asks Priest 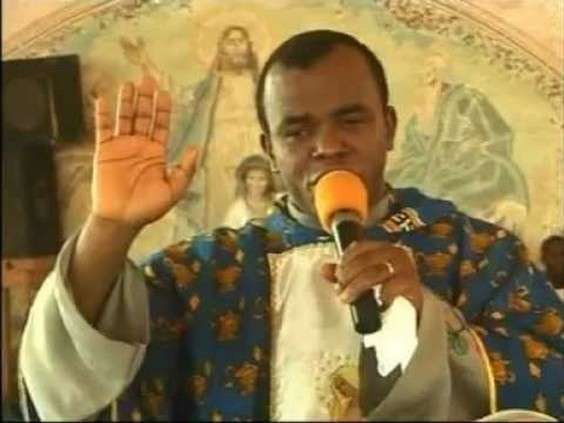 Father Mbaka has been attacked by Reno Omokri for his recent display of support for the President Buhari administration.

Daily Post reports that the Catholic priest urged Nigerians not to blame the president for the country’s economic state, as things would have been worse under Jonathan‘s administration.

“President Muhammadu Buhari was not to be blamed for the present economic challenges in the country.

If (former President Goodluck) Jonathan was the president today, the situation would have been worse”, he added.

This rubbed the founder of Mind of Christ Christian Centerministry the wrong way, as seen in Omokri’s recent outbursts on social media.

On Facebook, he wrote, “Dear Reverend Fr. Mbaka, The wife of an evangelist was beheaded-you kept quiet. Her suspected killers were acquitted-you kept quiet. However, today you have find your voice to defend President Muhammadu Buhari and condemn former President Goodluck Jonathan. As a Reverend Father, were you called by God to speak for a man who has 5 media aides and a minister of information all speaking for him or where you called to speak for the poor and powerless children of God who face injustice with no one speaking for them?”

Reverend Mbaka has not responded to Omokri’s questions and statements, yet.

This is not the first time the Catholic priest has shown his support for the current administration.

In the past, he has described Buhari as God’s answer to the cry of Nigerians, warned people not to speak against Buhari, or face the wrath of God, while blaming former President Jonathan for the bad economy.