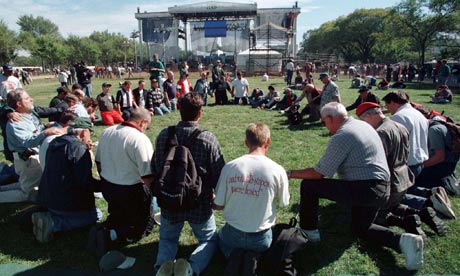 Christians must push themselves to pray the
“dangerous prayer” of availability, Pastor
James Brown of Crossroads Church said in a
recent sermon, telling his congregation that
when “God calls you, he equips you.”

Brown, who serves as the executive pastor of
discipleship at the Minnesota-based evangelical
church, said in a March sermon that Christians
need to be more like children in their service to
God, pushing themselves to “fearlessly” invite
God’s presence into their lives.

While Christians may come up with several
excuses as to why they should not allow
themselves to be available to God, they must
remember that when “God calls you, he also
equips you.”

“God is less concerned with your ability than he
is with your availability,” the pastor says.

The pastor calls on members of Crossroads
Church to have a “childlike faith in action” by
having excitement, fearlessness and courage
about their faith.

Fearlessly following God’s plan allows Him to
use you as an instrument for His will, Brown
explains, saying that all Christians, especially
those who are feeling “bored” in their faith,
need to embrace the “bold, courageous [and]
fearless […] prayer of availability.”

This prayer is a “powerfully dangerous” prayer
of adventure, the evangelical pastor continues,
because it may result in God calling you to do
different things, like move to a different state,
break up with a significant other, or allow
another big change in your life so His plan for you may better be achieved.

“God may call you to do something that you
never imagined that you would do,” Brown
tells the audience.

The pastor adds that Christians will frequently
have three typical responses when God calls
them to change direction in their life, with two
of them being negative and one being positive.

The first response is a flat out “no” to God’s call,
as seen in the Book of Jonah, when Jonah
refused to partake in God’s plan.

Brown says that every time we acknowledge
God’s plan for us and refuse to do it, we “miss
out on an opportunity of a lifetime.”

“Every time that God speaks to you […] and you
opt out of it, you are saying to God ‘I am
Jonah,'” the pastor says.

There’s another common response to God’s
assignment noted in the Scripture that is
equally as negative as the first, Brown explains,
pointing to Exodus 3:10, in which God sends
Moses to Pharaoh to lead His people out of
Egypt.

In response, Moses tried to remove himself
from the assignment, asking God “who am I?”
to take on this mission.

The last response Christians often give to God’s
call is positive, as found in Isaiah 6:8, when
Isaiah tells God “here I am […] send me.”

Brown says that while he finds this to be an
uncommon response, it is the best. Isaiah
wasn’t concerned with the details of God’s
plan, but rather he fully gave himself to God
without reservation.

The evangelical pastor warns that if Christians
pray the prayer of availability, God could call
them somewhere extreme, but it could also call
them to simply spread the Good News in their
local community.

You don’t know the plans God has for you until
you pray the prayer of availability, Brown
concludes, saying that once you do pray this
prayer, you are inviting “the adventure to
begin.”