Midnight Crew Marks 15 Years Anniversary With A Shout Of Halleluyah! 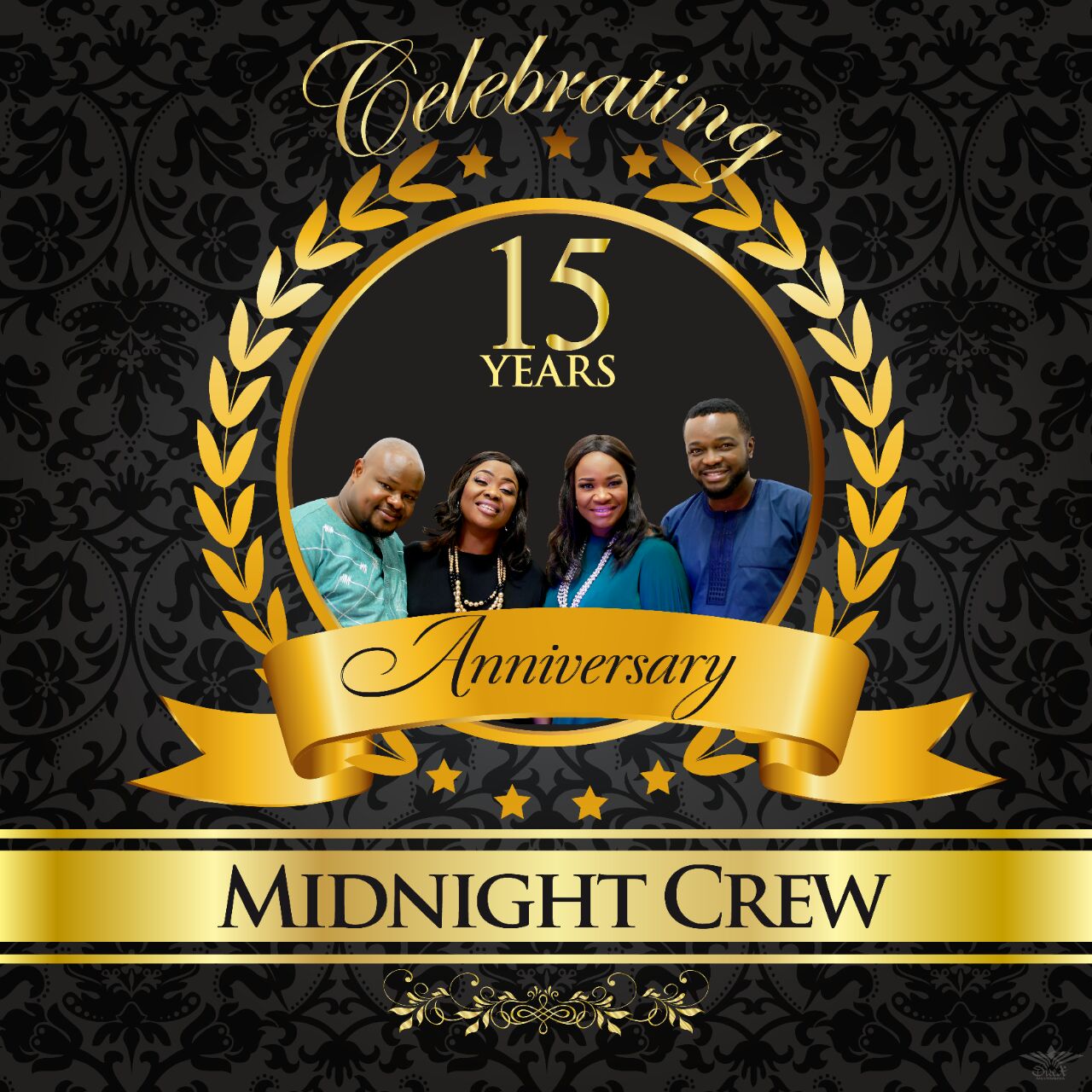 Africa’s leading Gospel music quartet, Midnight Crew, celebrates their 15th year anniversary, with the release of their latest single Shout Halleluyah for free download. The release portrays the group’s gratitude to God and all the people who have been a part of their journey over the years.

From their humble beginnings, breaking into a highly competitive Industry and enjoying mainstream success, Midnight Crew is cognisant of the ‘God-factor’ that has kept them relevant and in much demand for the past 15 years.

The group has enjoyed collective and individual success, scooping awards, honours and recognition on her apex-bound path. In 2013 during their 12th anniversary, Midnight Crew announced that individual members will embark on solo projects while also fully engaged in and with the corporate entity. In 2015, the group joined the team of headliners for the 10th edition of the annual concert, The Experience, making that their 5th appearance at what is known as the world’s largest gospel concert. Despite the overwhelming rumours of breakup, Midnight Crew has become the epitome of a successful music group – a reference point for the Industry.

“We are a testimony of God’s masterplan” says Pat Uwaje-King as she spoke on behalf of the group. “We started without knowing where all the paths will lead. We didn’t have any backup plan. There were no connections or financiers, but looking at all the feat we have surmounted, we can only give God the glory. We also sincerely thank all our supporters, family members and well-wishers for their immense support and encouragement through the years”.

Shout Halleluyah is an apt response in gratitude to God for the milestone the group is celebrating. Midnight Crew enjoins friends and well-wishers to partake in the celebration”

Join Midnight Crew at the 11th edition of The Experience (2016), as they again, along side other gospel music greats, add their own flavour to the praise of the One who is Alpha, Omega, The Author and Finisher of our faith!