Mike Pence Confesses To Once Walking Away From Christian Faith, Says He Now Prays With Donald Trump 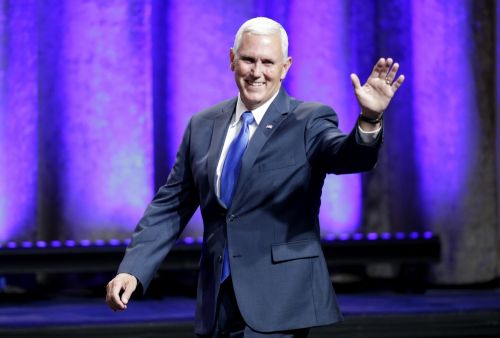 Staunch Christian and Republican vice presidential nominee Mike Pence, who proudly declared in June that his identity as a Christian comes before his politics, confessed Sunday that he once walked away from the faith to which he clings so dearly now.

Speaking at the First Baptist Jacksonville megachurch in Florida at the 10:30 a.m. worship service on Sunday, Pence, who said he grew up in a family that was in church every Sunday, confessed he had walked away from his faith when he started college.

“I went off to college and had largely walked away from the faith that I was raised to believe in,” he said according to  First Coast News

The Indiana governor explained that he met a group of non-denominational Christians at college who helped inspire him to “be Christian,” according to The  Florida Times-Union.

Pence recalled how he admired a cross necklace of a friend in the group who is now a pastor, and asked him how he could purchase one like it and start being a Christian.

“He turned and looked at me and said, ‘You know, you’ve got to wear it in the heart before you wear it around your neck,'” Pence said.

A few months later, while he was at a Christian
music festival listening to one preacher after
another “talk about not so much what Jesus had
done to save the world, but what Jesus had done
for me,” Pence said his life was changed.

“My heart broke with gratitude and I gave my life to
Jesus Christ,” Pence explained to wild applause and
cheers from the congregation.

Pence noted that since being on the campaign trail
with Republican presidential nominee Donald
Trump, he has had the opportunity to pray with the
New York City billionaire who he says also comes
from a “family of faith.”