MMM Freezes Withdrawals For One Month 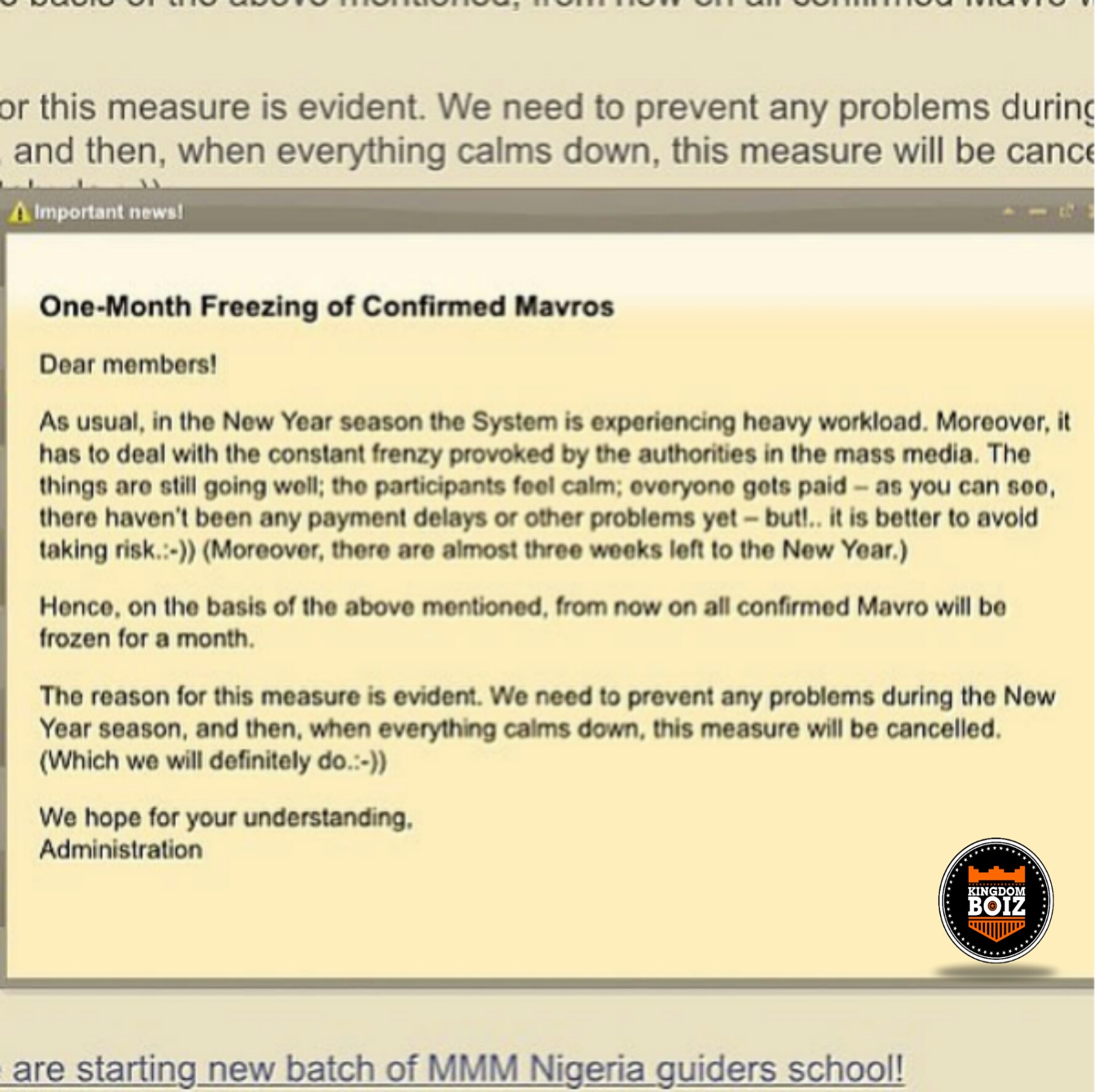 A letter displayed on the page of participants of the scheme cited “heavy workload on  system” as reason for the ban.

This means that members of the ponzi scheme who are due to withdraw both their capital and 30 per cent return on investment will no longer be able to do so until sometime in January 2017.

According to the letter, the ban on withdrawals is partly due to negative reports by the media on the scheme.

Dear members, as usual in the New Year season, the system is experiencing heavy workload. Moreover, it has to deal with the constant frenzy provoked by authorities in the mass media.

The things are still going well; the participants feel calm; everyone gets paid – as you can see, there haven’t been any payment delays or other problems yet – but!..it is better to avoid taking risk, Moreover, there are just three weeks left to the New Year.

On the basis of the above mentioned therefore, all confirmed Mavros will be frozen for a month.

The reason for this measure is evident. We need to prevent any problems during the New Year and then, when everything calms down, this measure will be cancelled, which we will definitely do.

We hope for your understanding, Administration.

The Securities and Exchange Commission (SEC) and the Central bank of Nigeria (CBN)has warned Nigerians against participating in the scheme which it described as a “Ponzi”.

The House of Representatives had in October ordered an investigation into the operations of the scheme.