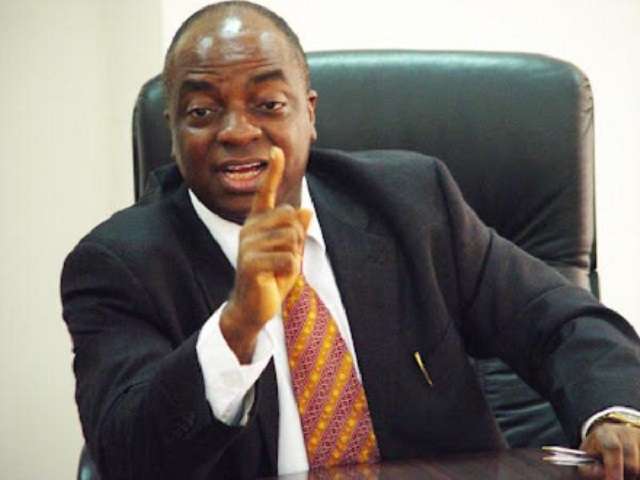 Scandal trails Living Faith Church, aka Winners Chapel as three pastors of the branch at Isheri Olofin area of Lagos State are reportedly broiled in disputes over N16.5m.

The sum is was reportedly realised from the purchase of a parcel of land and property by the church, Daily Post reports.

The trio who have now dragged themselves to court are identified as Deacon Dolire Oluwaniyi, an estate agent, versus the other two, Edwin Iky and Peter O. Odama.

According to the reports, the pastors acted on behalf of the church in the purchase of the landed property.

In the suit with number MIK/4174/16, brought before a magistrates court sitting in Ogba, Deacon Oluwaniyi stats that the two pastors cheated him after collecting N140m from the church’s General Overseer, Bishop David Oyedapo and paid only N130m to the owner of the property.

Oluwaniyi adds that the agent who linked the church to the owner of the property was to recieve N6.5 million commission also paid by the church.

The money was allegedly shared by the other two pastors without his receiving any part of it.

The complainant is now suing the church demanding that his commission be paid to him as a registered agent with his company’s name, Bedek properties, which facilitated the transaction.

In an affidavit supporting his claim, Oluwaniyi, revealed that his company had written to the church, bringing to its awareness the properties which contained two big church halls and a story building on an acre of land located at Iyana Odo, along Igando road in Sheri Olofin area.

He also stated that he was contacted through the pastors and he went on to link the church to the owner of the property, one Bishop Emmanuel Omobajesu.

Daily Post reports that the claimant complained that after the payment was made, he asked for his commission but the two pastors asked him to see it as a seed to the church meanwhile, they had collected the money.

The defendant under the registered trustee of the church, however stated that the complainant was never appointed as its agent, legal representative or hold any partnership and had not authorised the the coplainant to act on behalf of the defendant.

It also said that the complainant has no locus standi to sue the defendant as regard the property and demanding N6.5m agency commission.

Presiding over the case, Mrs. M.O Osibajo adjourned the matter till November 23 November, 2016, to deliver rulings on the motions filed by the parties.