Most Reverend Emmanuel Chukwuma ‘Change Should Begin With Buhari’ – Cleric 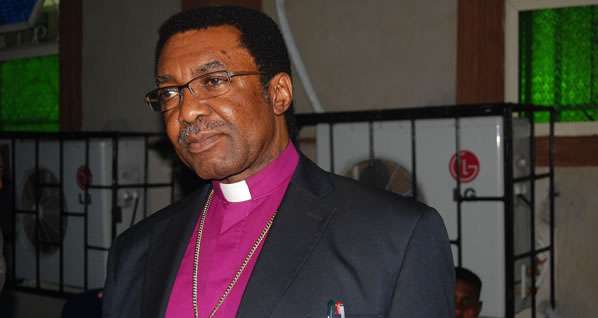 The Anglican bishop thinks President Muhammadu Buhari can begin his change
agenda by paying the salaries of Federal Civil
Servants at the end of the month.

Anglican Arch-Bishop of Enugu Arch-Diocese, Most Reverend Emmanuel Chukwuma, has told President Muhammadu Buhari, to begin the promised change by paying Federal Civil Servants at the end of the month.

At the event attended by top government officials, the clergy man expressed that the presidency should see the recent postponement of the Edo State Gubernatorial Election as an indictment on the government.

“APC used to be a very effective medicine for headache in those days. If this APC can’t cure the illness in Nigeria now, Nigerians will begin to drink codeine.”

“Dr. Nwoye please pass the message to the APC government in Abuja. “Change should begin with Mr. President.”

“Let him pay federal civil servants. Buhari will try and make the change crusade begin with him by paying workers at month end.”

“The postponement of the election is a big indictment on the security of the nation. It shows the security men are inefficient and cannot control the security situation of the country”, he said