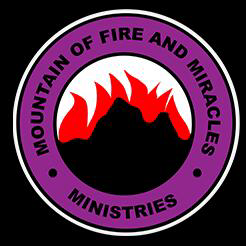 My Year of Indisputably Victory and Uncommon Deliverance.

Proverbs 11vs 21. Number 32vs23.
Sin is addictive, sinner in one department of his life is a sinner around. Sin is the greatest infection.

Sinner can change the name of sin but God has not change his attitude towards sin. Sin shall find you out. Sin is choosen but you can not choose the consequences.

Categories of Christians
Human beings will be divided into three categories as ;
A. Salt
B. Sugar
C. Acid.
God want you to manifest as the salt of earth. Too many Christians are failing to this. Be the salt of the earth.
*Salt preserves
* Salt flavours
* Salt penetrate
* Salt walks quietly and cleanses
* Salt has value
* Salt holds water
* Salt heals and it retaliate when necessary.
You can fill your self with sugar and it will hurt you but salt Persist.

2. A year of confuse noises and meaning less storms.

3. There will be heavenly final whistle to those attacking Gods people.

4. A year of fighting between the roads and the road users

5. A year of creditable and fighting battle

6. A year of disagrace of international serpent and scorpions

7. A year of triumph and incredibly victory and seventh means victory.

8. A year of fanatics new beginning fo many people

9. When the dalt will attack on the owner of the salt

10. All those who are involve corruption Will suffered it.

11. A year of givers and uncommon blessing for them that give.

12. This year many foundational problems will expire.

13. A year of divine delivery.

15. A year of great confrontation between immortality and morality.

16. A year of great challenge and also, achievement for those who are ready to fight the good fight of faith.

18. A year of redemption for many lands that are in contend.

19. A year of breakthrough for those who are fishers of men.

20. A year heaven will honour prayer targeted to victory.

21. A no noise year monitor by slapping angels.

23. A year a lot of prayers are needed for nations that show no respect for the Bible.

24.A year where those who deeply love the lors will not be nonved by tg poltical things.

25. If you have sow into the things of lord blessings will follow you.

27. God will beginning to raise powerful young ministers since the Adults have failed God.

29. A year of double Edge vegenance.

30. A year to restructure spiritual revival or persistent.

31. A year where warfare mentality is a prerequisite for Survival.

33. The year of very deep sorrow for the wicked.

34. A year where when many that are mock will rejoice.

35. A year of satanic recruitment to cage young girls teenagers,serious prayers are needed.

37. A year of showers of blessings that will change story.

38. A year of aggressive sex demonic and pervasiveness.

39. A very bad year for fornication and adultery

Ten keys to survive in 2017.
1. Leave a holy life. Without holiness will not see the lord.
2. You must stop unbelieve. Its is snatching
3. Have a goal. Without goal, life becomes dull. Say no to laziness.
4. Be persistent. The ability to take a repeated action to over one’s obstacles.
5. Always seek divine directive.

Motto: Is there any word from the lord?
6. Be fill with the holy ghost
7. Disengage your self from unprofitable friends.
8. Be generous towards God
9. Locate your weakness and address dem.
19. Become a prayer and a bible addict.