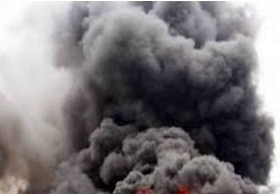 Many people are feared dead after three bombs went off at a crowded motorpark in Adamawa state this morning. The attack is believed to have been carried out by suspected Boko Haram members. The state police command have cordoned off the area. Casualty figure is yet unknown.