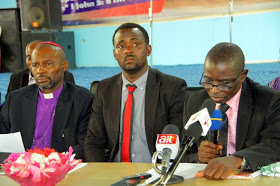 The Pentecostal Fellowship of Nigeria has given
the Federal government a 14-day ultimatum to fish
out the killers of RCCG evangelist, Eunice of
Olawale. Olawale was hacked to death while she
was preaching in the early hours of Saturday July
9th around her residence in Gbazango community in Kubwa satellite town in Bwari council area,
Abuja. 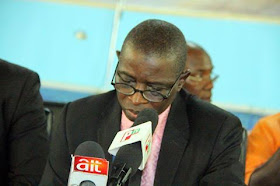 Speaking at press conference in Abuja yesterday
July 12th, the chairman of Kubwa Zone of the
association, Polycarp Inji, said that if the
authorities fail to carry out a thorough
investigation into the murder, the church will be
left with no other option than to take appropriate legal action and also adopt other options to
defend themselves. He said the attack is designed
to silence Christians in Kubwa

Our understanding of the situation is that it
is designed to intimidate, frustrate and
create fears in the body of Christ in Kubwa
to the extent that we will not arise to carry
out our divine mandate to preach and
spread the gospel of Christ” he stated. The Christian body also urged the acting
Inspector General of Police, Ibrahim Idris, to
reinforce the police presence in Kubwa and
its environs “All the suspected miscreants
and criminals who murdered our sister late
Deaconess Eunice Mojisola Elisha must be traced, arrested and prosecuted to serve as
a deterrent to others, because justice must
be done and must be seen done. If these
kinds of acts of gruesome murder of our
members continue unabated it might spiral
into undesired effects and unpalatable consequences.”he said