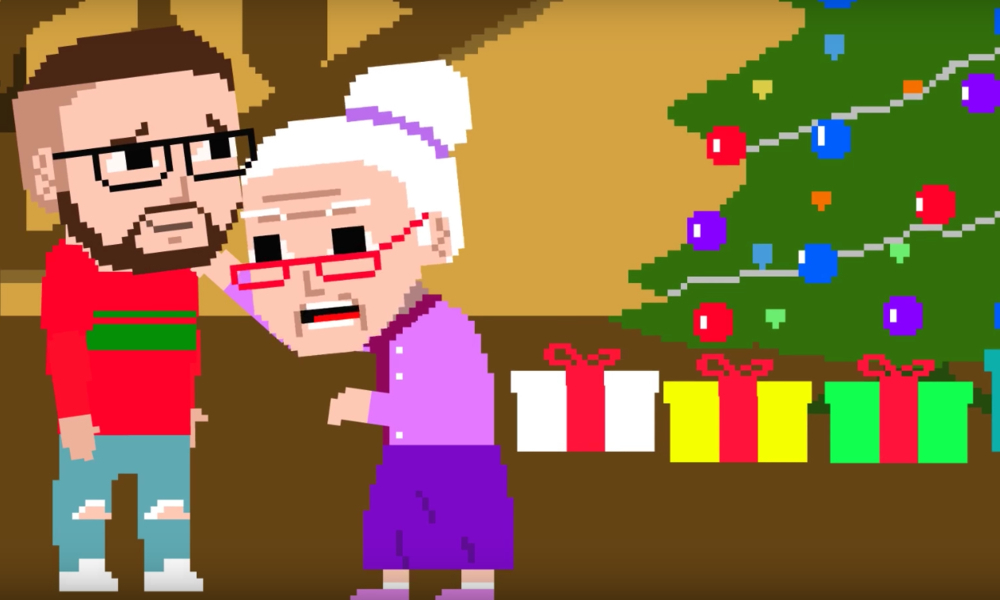 Wordsplayed provided the funny “Christmas special” intro as a narrator. Andy then appears with his “grandma” as he receives gifts and remixes the “12 Days of Christmas.”

This song is a remixed version of !llmind’s Trap Carols rendition of the song.

Listen to Trap Carols below: