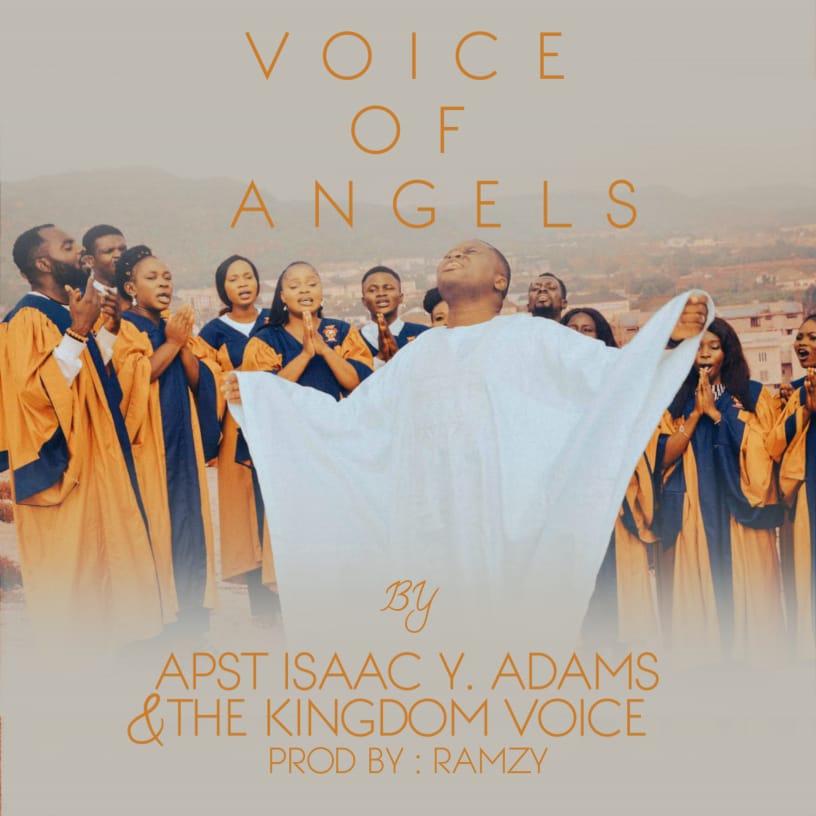 The song was further developed and arranged by Emmy Moss, worship leader and music director of The Kingdom Voice International, the church choir. The song is a total worship and reverence unto God Almighty, whose lyrics are based on Isaiah 6:1-3,

“In the year that king Uzziah died I saw also the Lord sitting upon a throne, high and lifted up, and his train filled the temple. Above it stood the seraphims: each one had six wings; with twain he covered his face, and with twain he covered his feet, and with twain he did fly. And one cried unto another, and said, Holy, holy, holy, is the Lord of hosts: the whole earth is full of his glory”. The song was produced by Ramzy, a music producer & director, a pastor and music minister right in his Personal studio, ROM MUZIK STUDIO (RMS), Abuja, Nigeria. The song was performed in his studio by the entire Kingdom Voice and led by Onyi Treasure Okoye and Emmy Moss. The Lord bless your soul through this song in Jesus’ name, Amen!