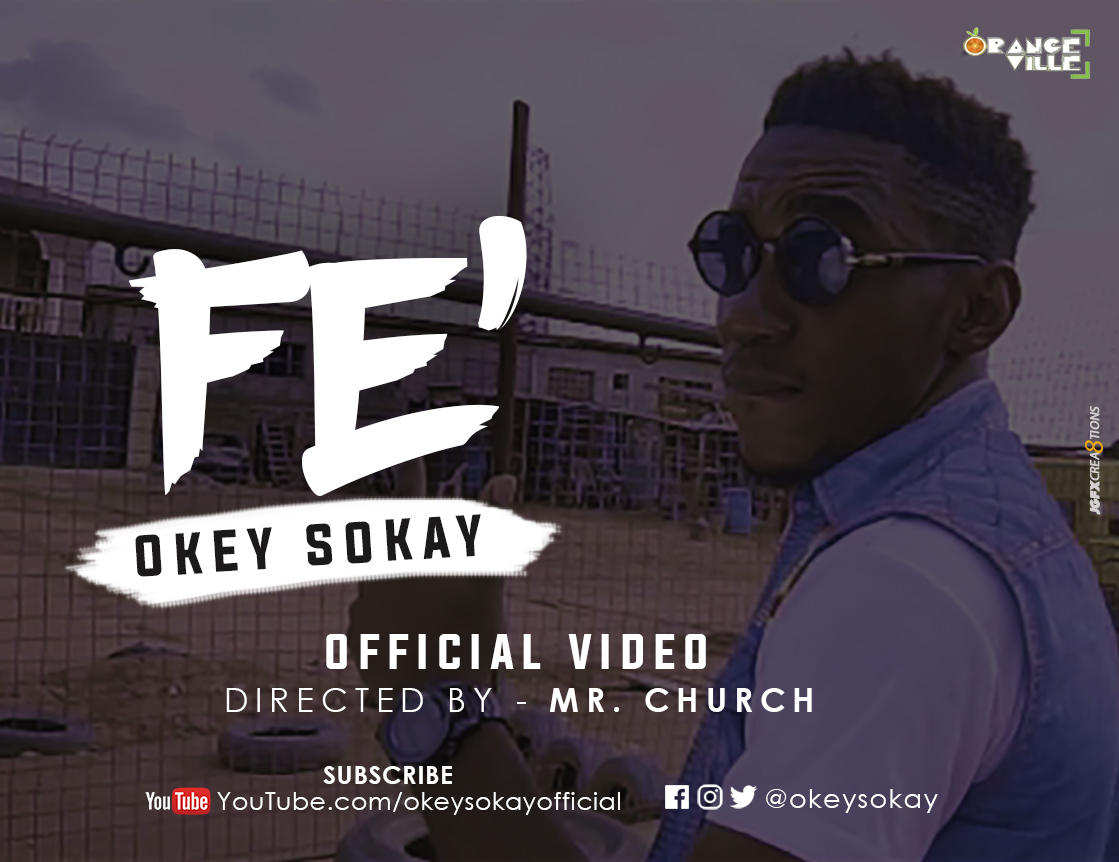 Recording Artist / Ace Producer, Okey Sokay is here with a new visuals for one of the songs ” FE’ “, off his album, “Revealed“.

The video is a colorful and creative one showing off the theme of the song –  ” Wave your hands if you know you’re anointed ” .

The video was shot in the ghetto where he prophesies into the lives of the people in his second verse ” You’re not a failure….”.

Okey Sokay is known for his catchy hit tunes including Aka, Without You and the most remixed gospel single of all times, OYEL.