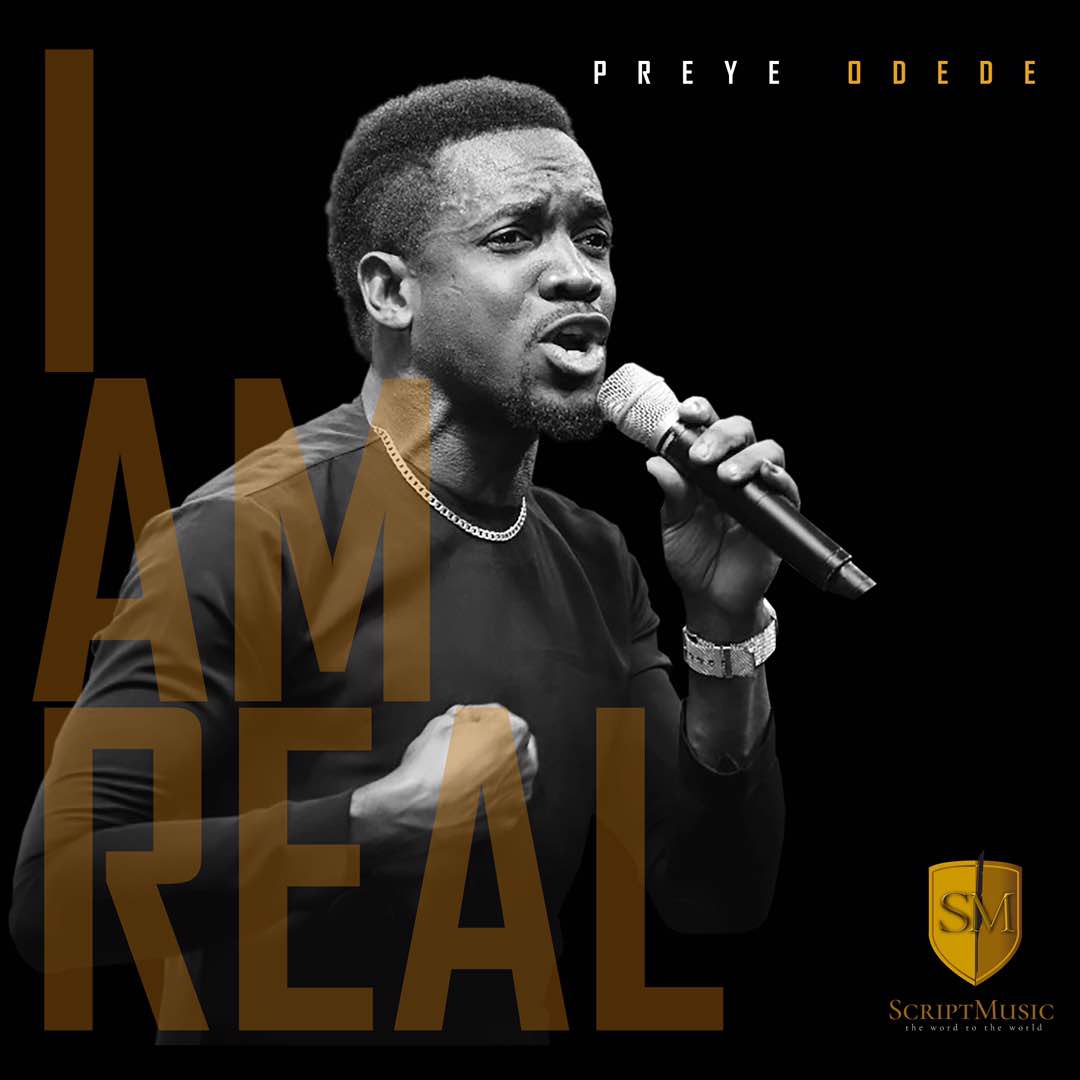 ​  The Much awaited video of Preye Odede is out for the song I AM REAL.

Born Oyenkepreye Odede as the third child of his parents, Preye grew up in Port Harcourt Township Area of Rivers State.As a young lad, he was part of an All-Male acappela singing group “Born to Praise”. He was also a member of the Universal Love Choir of the Assemblies of GOD Church Woji. A graduate of Microbiology Preye would also distinguish himself as a soloist with the Casor Reconciliation Choir (CRC) in Abia State University.

Preye was inspired to write the songEbezina as a result of turbulent times his family faced with accommodation challenges for 9 years leading to their eventual ejection from a make-shift “batcher” home. But even when it seemed all was lost Preye didn’t loose his Praise and a song borne out of a grieving situation would go on to become the catalyst for a life transforming testimony!!!

He has also dropped several singles after the release of his debut Album “My Script” such as Bulie, Hosanna and recently “No Other God”

Most recently, whilst his elder sister went through a surgical operation in which complications almost took her life, confused and distraught, Preye sought help from friends and colleagues at large relying mainly on external prayer support but once again GOD laid in his heart a New Song “I Am Real” don’t take your eyes off me and while he worshiped GOD proved himself Real and today his sister is hale and hearty!!!

As he prepares for the release of his second album titled “Ready” We present to you that same GOD today… No matter what the past is GOD can change every situation… GOD IS Real!