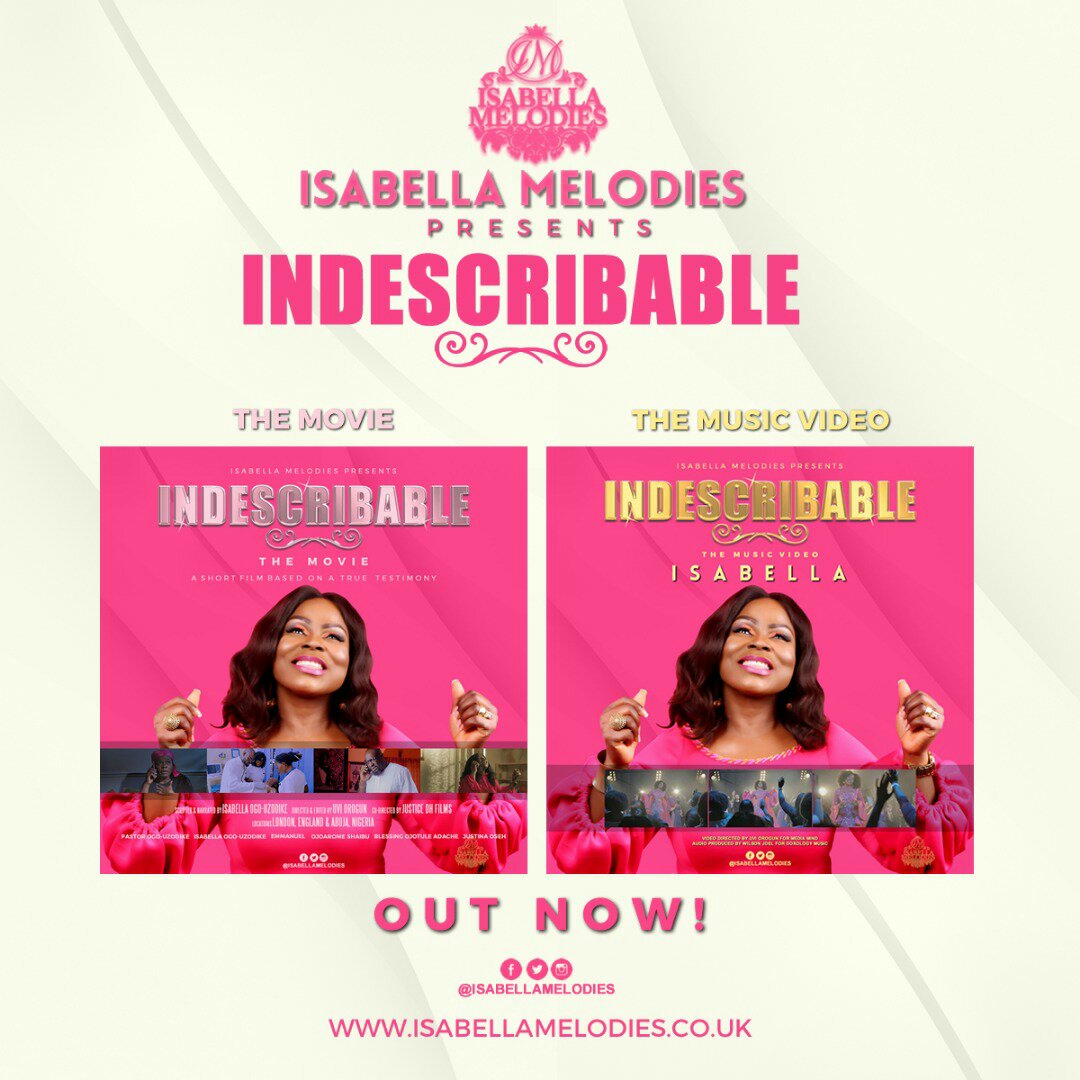 In a remarkable move within the Gospel Music sector, popular UK-Based Psalmist & Songwriter, Isabella Melodies, releases two brand new visuals for her previously released song, Indescribable. Indescribable is the title track of her 7th studio album which was originally released in November 2017 (Indescribable, The Complete Album).

“Indescribable, The Movie” is a gripping short film narrative about the dramatic experience that inspired the song (featuring Isabella, her husband and actors) and “Indescribable, The Music Video” is the official music video of the song with special appearances by a number of other gospel artistes. 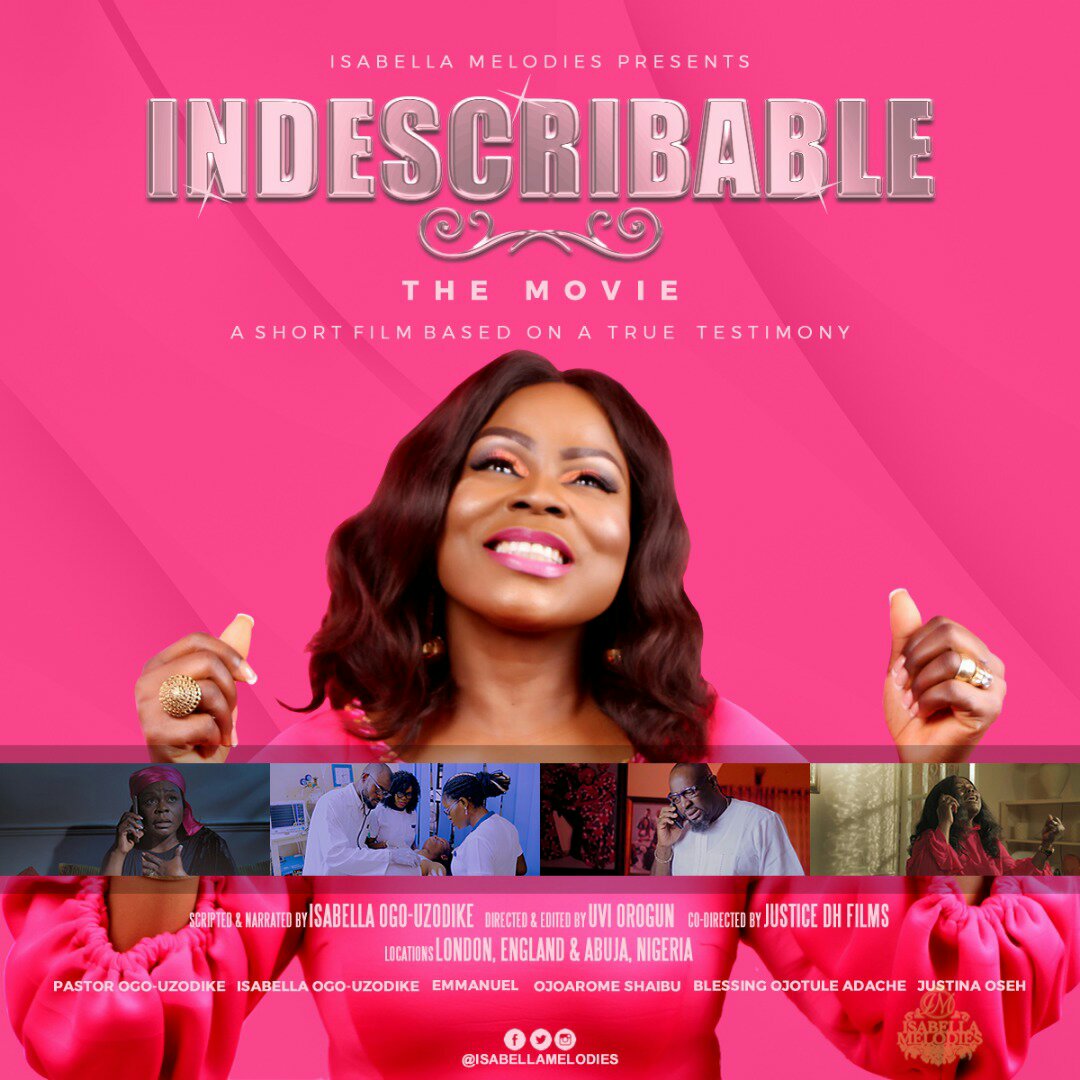 Isabella shares the story behind Indescribable in an unconventional and yet compelling manner, to complement the music video and, more importantly, to declare the glory and greatness of God.

Be blessed and encouraged as you:

If I had ten thousand tongues

Just to sing about Your grace

Still they all won’t be enough

To tell how good You are

None can compare to Who You are

None can contend, with Who You are

If I had a million hands

Just to build a tower of praise

Still they all won’t be enough

To show how great You are