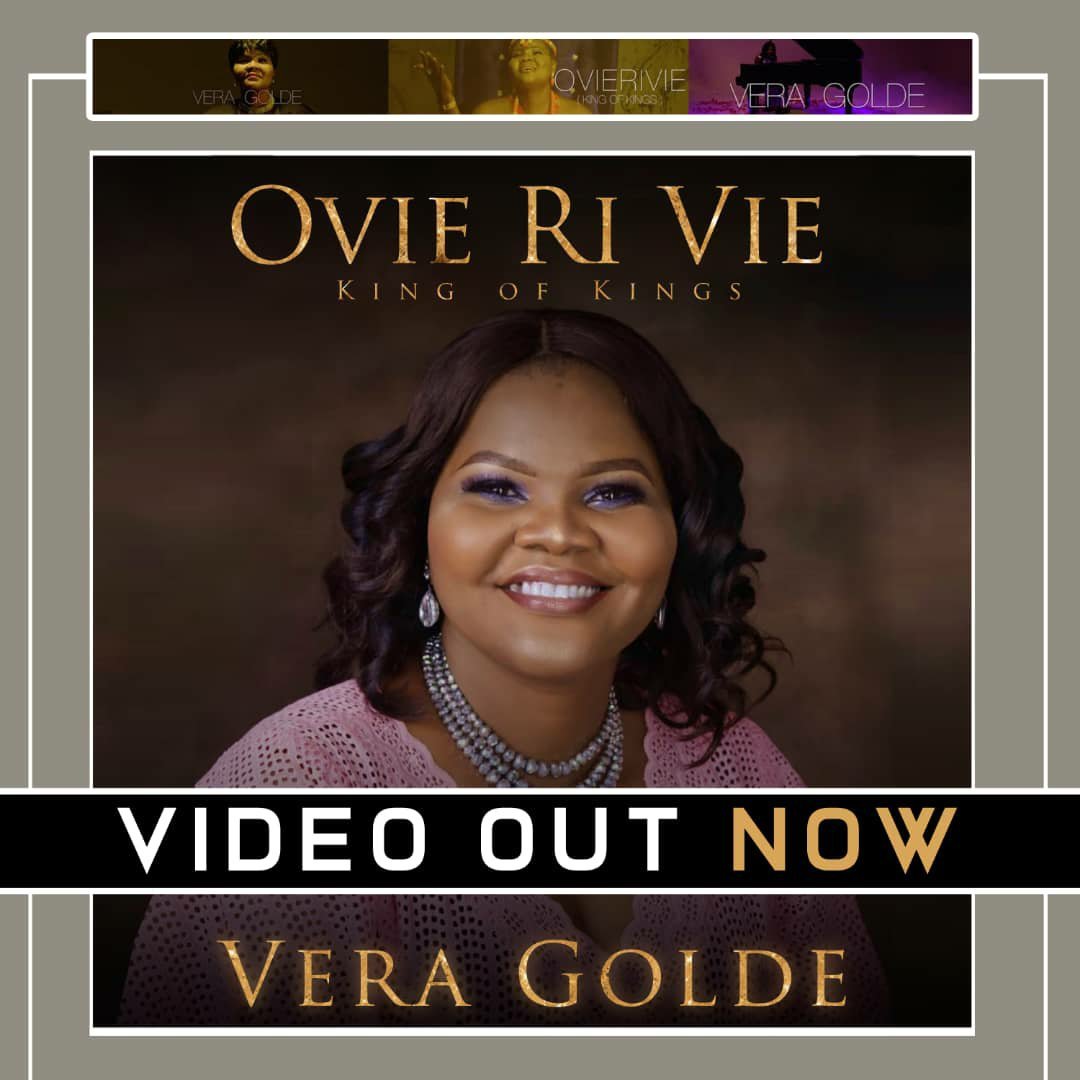 Fans of insightful, impactful and well-written songs, that touch the soul and stares the spirit towards God, you are in for a treat! The much celebrated music minister, Vera Golde, finally drops one of the most anticipated albums from Africa to the world, titled OVIE RI VIE (KING OF KINGS).

The album is a six (6) track EP album that touches on different messages, and with the underlying theme of thanksgiving to God for all He has done for us all. The title hit track OVIE RI VIE (King of Kings) was inspired personally by the goodness and mercy of God’s intervention in her life, and most importantly the redemption of man back to God. With other songs like ‘IMELA’, ‘YOU TOO MUCH’, & ‘I BELIEVE IN YOU’, this album is set to touch every part of the globe, breaking chains, bringing hope and encouragement.

Born in Warri, Delta State of Nigeria, Vera Golde is a singer, songwriter, praise & worship leader with a prophetic ministry at Redeem Christian Church of God (RCCG), and a mandate to reach the whole world. A platform she has since commenced through her organization ‘The House of Praise International’, which encourages established and up-coming gospel singers to propagate the Word of God through music.

Vera Golde continues to minister in various churches, event and conferences, and is open to both local and international invitations. She has shared platforms with notable ministers such as Nathaniel Bassey, Yetunde Are, Efe Nathan, Tosin Bee, Bukola Bekes, to mention a few.