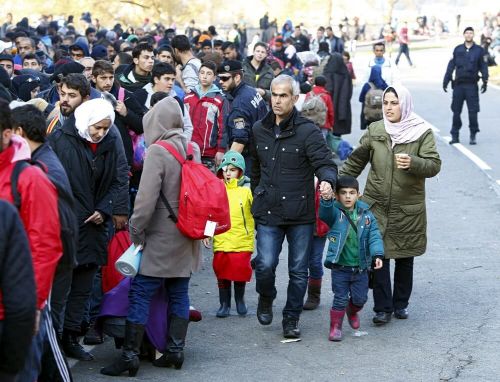 The founder and CEO of a Christian satellite
network that reaches out to refugees fleeing
war-torn Syria and Iraq, is reporting that many
Muslim families are turning to Christianity,
where they encounter a message of peace and
love.

“It’s surprising just how much damage the
Muslim world has done to itself due to this
schism between Sunni and Shiites,” SAT-7’s
Terence Ascott said, according to Mission Network News Monday. “It raises serious questions. People were really losing trust in
organized religion.”

He added that ongoing attacks instigated by
the Islamic State and other terror groups are
only part of the long-standing conflicts in the
Muslim world, along with the age-old divide
between Sunnis and Shiites.

“It’s quite a huge problem for Islam in general
— this conflict that is going on — because it
has turned people away from Islam,” Ascott
said.

“In the wake of that, comes Christian
broadcasting with a message of peace,
reconciliation, love; and we’re presenting a God
who makes sense to people who turn their
back on violence being done in the name of
God by one faction of Islam to another.”

Rita El Mounayer, the chief channels and
communications officer at SAT-7, told The Christian Post back in February, “We feel that this is the time that we can contribute to the
wellbeing of a human being, no matter if he’s
Christian, or a Muslim. Our mission is to present
God’s love to many, to present Jesus’ salvation
to many, and at the same time to try and work
for the wellbeing of a person.”

“To try and give them a second chance in life.
And this second chance, we believe, is in
education. Because when you educate a child,
they will grow up to think, to analyze, to have
opportunity to go to university, find a job, get
married, have kids, and have dignity in their own societies.”

Ascott said SAT-7’s programming goes out in
areas that are served mostly by Islamic-friendly
stations, calling it a “battle for hearts and
minds” among satellite television services.

“It is quite amazing how aggressive the
different stations are and this battle of the
airwaves is reflected in the growth in numbers
of channels,” he said.

There have been numerous stories of Muslims
converting to Christianity in the ongoing
refugee crisis, which has seen millions of
people from Syria and the surrounding region
make their way toward Europe.

Back in September, a church in Berlin, a city
with a notable refugee intake, said its membership jumped from 150 to 600 in a short time due to new Muslim converts.

Pastor Gottfried Martens of Trinity Church in
Berlin said at the time that some people might
be converting to bolster their chances of
staying in Germany, but he welcomed all
regardless.

“I know there are — again and again —
people coming here because they have some
kind of hope regarding asylum,” Martens said.
“I am inviting them to join us because I know
that whoever comes here will not be left
unchanged.”