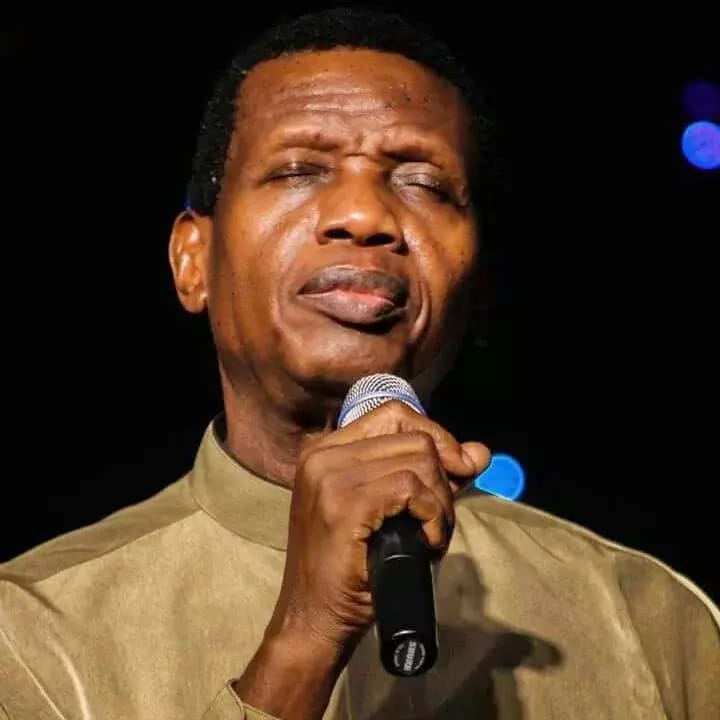 Daddy GO as he is fondly called ministering during a three-day special programme to end the church’s 40-day fasting and prayer period at the Redemption Camp, Kilometre 46, Lagos Ibadan Expressway, shocked the worshippers when he declared that the church’s total income when he took over its leadership was less than his pay.

He said: “When God called me into full time ministry, I must tell you the truth, I was afraid because things were rough. I knew poverty when I was young but I became a university teacher with the belief that my days of poverty were gone.

“When God asked me to leave my job to become a full-time pastor, the total income of the church was less than my salary and we were to share it among some 39 people.

‘’I was really afraid but God gave me one promise. He said do not worry my son, I will be with you. If you are wondering why my case is different, it is because God told me that He will be with me and He has been faithful to His promise.”

The RCCG leader had earlier said that jollof rice and chicken being enjoyed by the students of the University of Nigeria, Nsukka, UNN, way back in 1962, made him opt for the school where he would do his first degree.

Pastor Adeboye who was awarded with an honorarily doctorate degree of Doctor of Divinity, DD by the University said that he developed interest in the university when he went with his fellow students on an excursion to UNN in 1962 and saw students eating jollof rice with half a chicken.

This made him to determine in his heart that if God permitted, he would come to UNN to study and fortunately for him, the following year, 1963, he gained admission into the prestigious University.