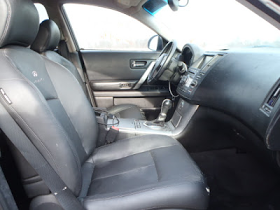 In spite of a passionate plea by a housewife to the court to save her 18-year-old marriage, an Agege Customary Court in Lagos granted the prayers of her 50-year-old husband and businessman, Kingsley Onyenobi, and severed the relationship.

The estranged husband said he bought a brand new car for her only for her to give out the car to her church pastor on the pretext of “sowing seed”.

The court ruled that allegations of infidelity and threat to life brought against the woman by the husband were weighty enough to warrant the dissolution of the marriage.

The President of the court, Mr Phillip Williams, who handed down the verdict, said he was fully convinced that the couple could no longer live together as husband and wife.

He said, “The two of you should go your separate ways without any molestation or harassment,” he ruled.

“The court has no choice than to dissolve the union in spite of the fact that the wife still claims she loves her husband.”

The petitioner had on February 11 filed a petition against his wife, Chioma, citing lack of care, infidelity and threat to life.

The mother of two, who is also businesswoman, denied the allegations and pleaded with the court not to dissolve the marriage, saying “I still love my husband.”

She said, “Please help me to beg him, I am not ready to leave my husband because I still love him.”

Earlier, the petitioner told the court that the wife had not given him peace of mind.

He described the woman as careless and uncaring as her attitude led to the death of their set of twins.

The estranged husband said he bought a brand new car for her only for her to give out the car to her church pastor on the pretext of “sowing seed”.

“I injected millions of naira into her business and she could not give proper account till date; my wife is wasteful.’’

In her defence, the respondent told the court that when she went for her church convention and the Holy Spirit told her not to go back home with all she brought to the venue.

He said, “So, l left my car, jewellery and other things for the church.’’

She said she could not stay at home most of the time because of the spiritual war the petitioner and his family had been waging against her.

“My pastor advised me to leave the house for some time.”
NAN