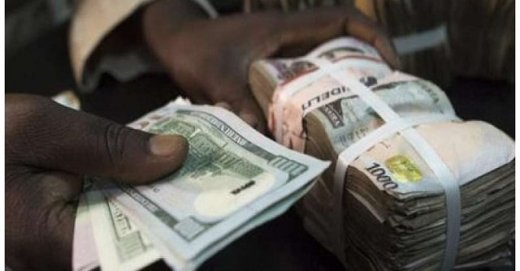 The Naira has been gaining steadily against the Dollar as well as other foreign currencies in the parallel market since Tuesday.

As at Tuesday the dollar sold for N510 and has dropped to N460 Friday afternoon.

This is coming after the Central Bank of Nigeria (CBN) released $500m to the interbank market, of which 23 banks bought $371m.

The Pound Sterling and the Euro traded at N575 and N480 respectively.

At the Bureau De Change (BDC) window, the Naira closed at N399 to a dollar CBN controlled price, while the Pound Sterling and the Euro exchanged at N610 and N520 respectively.

Trading at the interbank window saw the Naira closed at N305.50 to a dollar.

Traders at the market expects the Naira to sell for less than N400 to a dollar if the boost in liquidity by the CBN was sustained.

Gwadabe said that speculators were already overwhelmed by the policy as they were taken by surprise by the move of the apex bank.

The new CBN policy directing banks to sell FOREX for school fees, medicals and other allowances was already impacting positively at the market.

However, the development is raising speculations as to what will happen if the CBN stops injecting funds into the market.