New Article By Da Boomsha – The Transfiguration Of Aziz 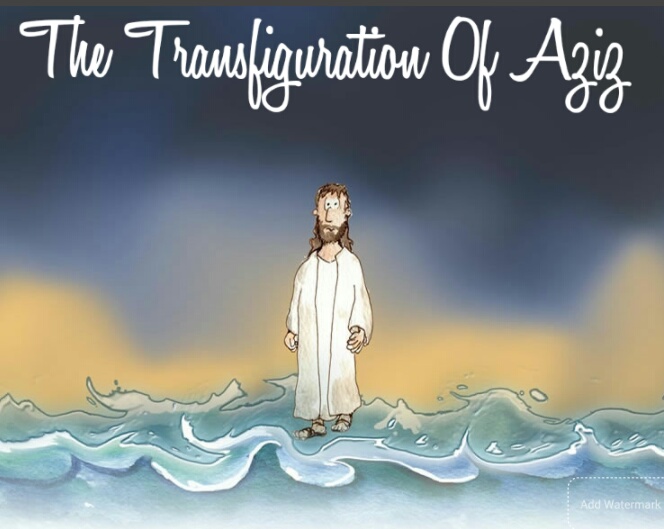 Aziz was having the worst day of his life! His world
was falling apart right before his very eyes. How
could this have happened? He groaned inwardly as
he scanned the faces of the people had gathered at
his welcome reception for Rev. Bryan. He had
announced at their last service that his father from across the seas would be coming to commission
their new church building and the whole village
had turned up to see the white man who had given
Aziz his spiritual powers.

He cringed inwardly with head bowed as the
Reverend openly rebuked him for his
“questionable practices and pagan heresies”. His
displeasure with the state of the church he had put
in Aziz’s care was evident from the tone of his voice
and grave countenance. Aziz gazed at the sky in wonder..Could this really be happening? Was this
the reward he deserved for all his years of
dedication and hardwork building the church from
a motley group of 11 members to the 1000 strong
congregation they now commanded? He gasped in
disbelief as the Most Reverend Clinton announced his suspension and informed the teeming crowd
that a new pastor from the headquarters would be
arriving the village in a fortnight.

Oh such humiliation! Aziz made his way down the
podium carefully avoiding the pitying looks of his
congregation. Even outside the church, similar eyes
followed him. The news had spread through the
village like wildfire. The spiritual successor of Rev
Bryan had fallen from grace! Aziz walked as one in a daze while his mind travelled down memory lane..

He was just a boy when Rev Bryan and his wife
arrived Siraq village on a missionary project. They
quickly made friends with the natives and made
converts of some of them. Asiz’s parents were idol
worshippers but the child was drawn to this
whiteman with his strange religion. He followed him everywhere he went and finally caught the
reverend’s attention. Seeing potential in the boy, Rev Bryan trained and
mentored him in the Faith. Having taught him the
core values and foundational truths of the ministry,
he put him in charge of the Siraq church and
returned to the mother church in the United States.

However, Aziz knew it was going to take more than
an episcopal endorsement to earn him the
acceptance of his village folk who still saw him as a
rookie in spiritual matters. Being of quick intellect,
He did a survey of some churches that commanded
a large following around his vicinity and discovered some startling similarities between their mode of
worship and dat of his idol worshipping kinfolk!
Well.. He discovered that both worshippers lobbied
for the favour of their deities by offering sacrifices
in the form of gifts, precious items and even
money.. They both invoked the wrath of their deities upon their enemies and wished them painful
deaths.. They worshipped their priests and spiritual
leaders who sold them sacred objects believed to
possess powers that would solve their problems ..
And they both preferred dancing and singing to
more sober modes of worship.. They weren’t so different after all!

So he introduced these same elements into his
services and secured the services of the same band
that played for the village masquerade to play in his
church.  The result was mind-blowing!
Within a month, church attendance at Siraq had
jumped from just 11 members to 500! A few pagan rites co-opted into the service and a handful of
well-publicized miracles here and there and before
he knew it.. Aziz had stolen the hearts of the
villagers!

With so much revenue coming in from the sale of
anointed objects and other merchandise, Aziz was
able to embark on the building project. He
dispatched a message to his mentor informing him
of the tremendous progress made in Siraq and
inviting him for the commissioning of the new church auditorium. All these he had done in good
faith.. not knowing the ordeal that awaited him.

Aziz shook his head in dismay.. The heart of man
was indeed  desperately wicked.. Who could know it? Who
could have thought Rev Bryan would humiliate him
so badly?.. Sigh.. Finally, he squared his shoulders..
He had come to a resolve. He would show them he
wasn’t finished yet..God was on his side.. All he
needed was a show of power like Elijah did in the bible.. He knew he had the power.. He could do
anything..One with God is a majority.. And so he
sent a message to the villagers.. He was going to
walk on water.. Then they would know he had
been treated unfairly.. God was on his side

And so the next morning.. The whole village
gathered at the lake Tirza..they came to behold
Aziz’ greatest miracle.. Today, he would be
transfigured before their very eyes and they would
truly recognize him and who had sent him. A shout
rose from the crowd as he jumped off the boat into the middle of the lake.. and trashed about for a
moment.. then he sank.. Still they waited.. No ripple
upon the surface of the water.. Yet they waited..by
the time the body was found it was too late.. They
left the lake one by one with the same thought
running through their minds.. He was just like one of them afterall..They would have to wait for the
new pastor..