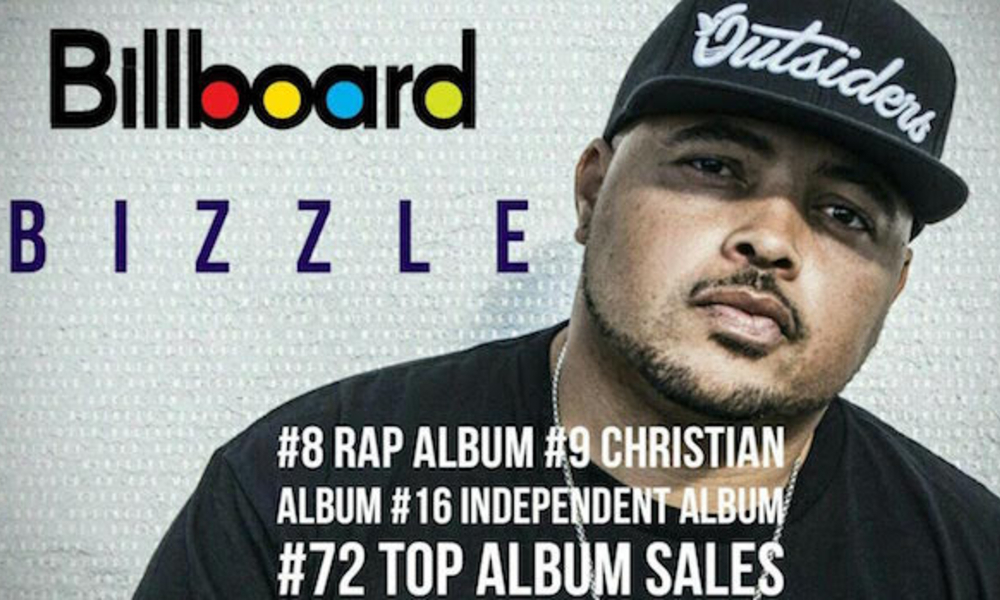 Christian rapper Bizzle had an awesome release week with his latest album Crowns & Crosses as it hit the Billboard charts as the No. 8 Rap Album, No. 9 Christian Album, No. 16 Independent Album, and No. 72 on Top Album Sales.

“When I gave up promoting ignorance in my music, I also gave up any hopes of Billboard Charts and everything else attached to my dreams before CHRIST,” revealed Bizzle. “And the truth is, EVERY single project I have dropped while making music for THE LORD has landed on the Billboard Charts.”

Bizzle said he’s not necessarily looking for the validation of the charts, but the fact that he’s on them shows “God’s faithfulness.”

“When I was sleeping on that hardwood floor, and moving around with trash bags full of clothes in my car and I vowed to put “GOD Over Money”….I never imagined HIS plans for me would unfold like they have,” he shared.

He said the money he does make from music is enough to support his family and support others in need around him.

“I don’t sell the most records, but the records I do sell bless the lives of others. The greatest thing of all is that I’m able to give GOD the glory in it all,” Bizzle said. “I don’t allow the world’s idea of “winning” to make me feel like I’m “losing.” With GOD….we ALWAYS WINNIN!!!”