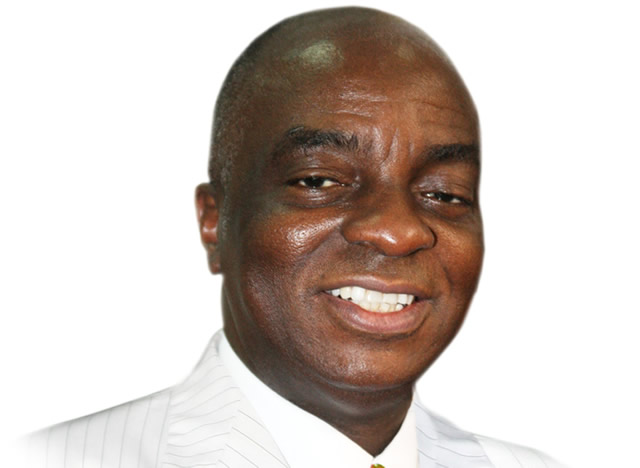 The Chancellor of Landmark University, Omu Aran,
Kwara state, Bishop David Oyedepo, has challenged
the present administration under President
Muhammadu Buhari to be more sensitive to issues
that affect ordinary nigerians saying that things
have not been working well.

Oyedepo,also the founder of Living Faith Church
worldwide,a.k.a Winners Chapel further described
the socio-economic challenges in the nation as
those borne out of systemic failure,adding that
there is no point blaming any political party or
individual for the current travails Nigeria is facing .

He noted that,”Where we are today is not where we
should be. The effect of the forex has a lot to do
with small scale industries and that is where the
bulk of Nigeria employment is.”

“Anybody can make mistakes but if people in the
authority are not sensitive to the cry of the people,
we would keep making more mistakes. My
understanding is that it is never late to be right. If a
decision is made and we discovered it is not right
we should do an informed review.” he added.

Oyedepo also said, “What am saying is that things
have not been working and we are all aware of it.
There is no point pointing accusing finger. Each
individuals in the country also have a lot to play to
recover the dignity of our nation”.

He however stressed that, “The challenges have
been with us for many years, it didn’t just happen
now. Government should be sensitive on issue that
affect everybody.”
“We have been fighting over the issue of power for
many decades now. Government should have its priority. They should itemise the fundamentals that
can move Nigeria forward and commit to it. “He
added.

He noted that,”We don’t have to have the
resources, if we have the platform for investors to
come in because they are more in touch with the issues.”

“Look at the present fuel problem. It used to be
black market but now we have black stations and
they have the right to sell at any price because they
are private marketers but the government still need
to come out and take a decision on it”.

Oyedepo also said, “Solution should not be only
thinking, we should go beyond thinking to
reasoning, logical, rational and analytical reasoning
by identifying the issues and proffer possible way
out of the problem.

“Nigeria problems is all about cost effective solution
that will come out of sound reasoning. Remember
the people in government are from us. So, we are
all in government since they are not foreigners. So
each one of us has a role to play. Private bodies
should be allowed in all other areas of the country just like we have in the education sector. “He
stressed.

He further said that,”Nigerians need to take
responsibility of our challenges and find solutions
to them because we have nowhere else to go. We
should not sit down and cast blames.”

“We have to be committed in finding the solution
and stop the blame game even though government
has a major role to play, each one of us also has
roles to play. People will not listen to a critique but a
consult who are thinking value addition taught. We
learn from other nations efforts in solving problems.”he added.