News: CAN has Been Accused By The Muslims Right Of Threatening The Rule Of Law 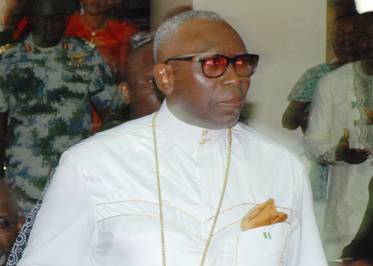 The Christian Association of Nigeria (CAN), has been accused by the Muslim Rights Concern (MURIC), Osun State Chapter, of threatening the rule of law.

MURIC stated that its opposite religious group was guilty of going against a court ruling which allowed female Muslim students to wear hijab in schools.

The organisation revealed this in a statement which also criticised Nobel Laureate, Professor Wole Soyinka, for his involvement in the matter

“In an article titled ‘To Everything, Its Place’, the much respected Nobel Laureate descended heavily on Muslims for daring to seek approval for the use of hijab,” the group said in a statement signed by Ishaq Akintola, director of MURIC.

“The Muslim Rights Concern (MURIC) is fully aware of Soyinka’s great contribution to the attainment of democratic rule which we are all enjoying in Nigeria today. We also acknowledge his role in the uplifting of Nigeria’s image particularly in the circle of intellectuals worldwide.”

“Nonetheless, we are amused that our intellectual guru deployed all the Weapons of Faith Destruction
(WFD) in his arsenal to his Islam-bashing combat field but saw nothing wrong with the way leaders of the Christian Association of Nigeria (CAN) Osun chapter incited Christian students in their rejection of the court judgement which was favourable to the Muslims.”

“Nothing was said about CAN’s gross disrespect for the rule of law. Could he have forgotten that CAN’s attitude constitutes serious threat to democracy and the rule of law which Soyinka himself fought hard to enthrone?”

“Professor Soyinka contended that the issue of hijab was never raised “for several decades” after independence and assumed that the Christian uniform is the conventional or, in his own words ‘common dress code’. We beg to disagree sir. We assert that the revered Nobel Laureate is not only taking too much for granted but also taking liberty for license.”

“MURIC affirms that Professor Soyinka still needs to do his homework very well before going to press. Contrary to his claim that hijab was not mentioned for decades, Muslims in Yorubaland have been agitating for civil rights right from independence and the files of governments at both federal and state levels are full of petitions forwarded on issues
of the Allah-given fundamental rights of Muslims.”

“Those petitions were repeatedly submitted on a regular basis by Muslim communities and Islamic organisations. Of course, Soyinka is not expected to know this but it goes to show the limitations of human knowledge even among nobel laureates.”

MURIC further stated that the Muslim society has suffered great injustice in the hands of law makers and the British colonialists, who allegedly committed injustice against Nigerian Muslims.