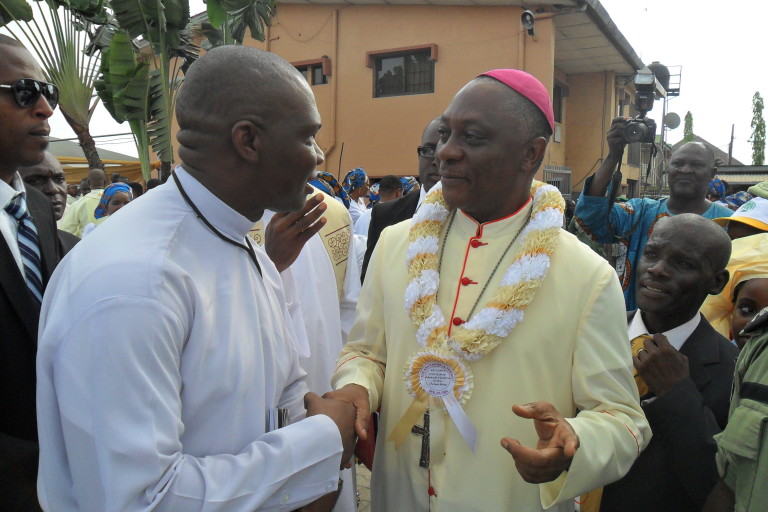 CATHOLIC Archbishop of Lagos Metropolitan See, Most Rev. Alfred Adewale Martins Thursday marked
the fourth anniversary of his enthronement as the
archbishop of Lagos, expressing delight over the
Buhari administration proposal to release IPOD
leader, Nnamdi Kanu, MEND leader, Henry Orkar and
others in order to broker peace across the nation.

Addressing newsmen after the Holy Mass at the
Holy Cross Cathedral in Lagos, the archbishop who
took a cursory look at his very challenging four
years voyage as archbishop, he took a look at the
state of the nation, maitaining that the proposal
was a cheery news because “no sacrifice is too much to be made for the continuous peaceful
existence of this country.

“We owe our children and generations unborn the
responsibility of building a great nation where
every citizen can live in peace and given the
enablement to participate meaningfully to the
growth and development of the larger society,” he
noted.