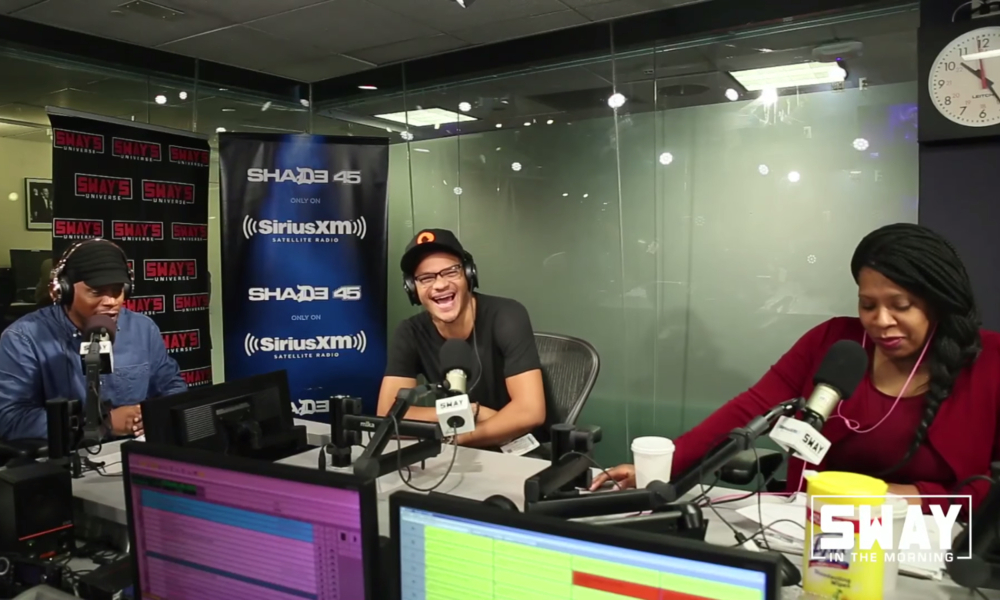 Christian artist Christon Gray was on ‘Sway in the Morning’ to talk about his music, marriage, faith, and challenges in his life.

Gray said a lot of his album speaks about where he is with his marriage and life right now. He admits “it’s been hard,” and cited touring, creating, and worrying about providing for his family being the main hardships of his marriage.

He also spoke about how he met his wife, and how the beginning of the marriage was rough because he brought previous relationship “baggage” into it with him.

Sway then brought up Christian groupies, which Gray admits that they exist. They took some live calls and someone asked him
about his purpose and reason for music. Gray responded, “The reason I do this is the represent Jesus, I have a duty to do that.” Gray did the 5 Fingers of Death segment and actually freestyled for most of it.

After taking another call, Gray performed the song“Afraid with You” live.Watch the full interview below. (Warning someadult language).