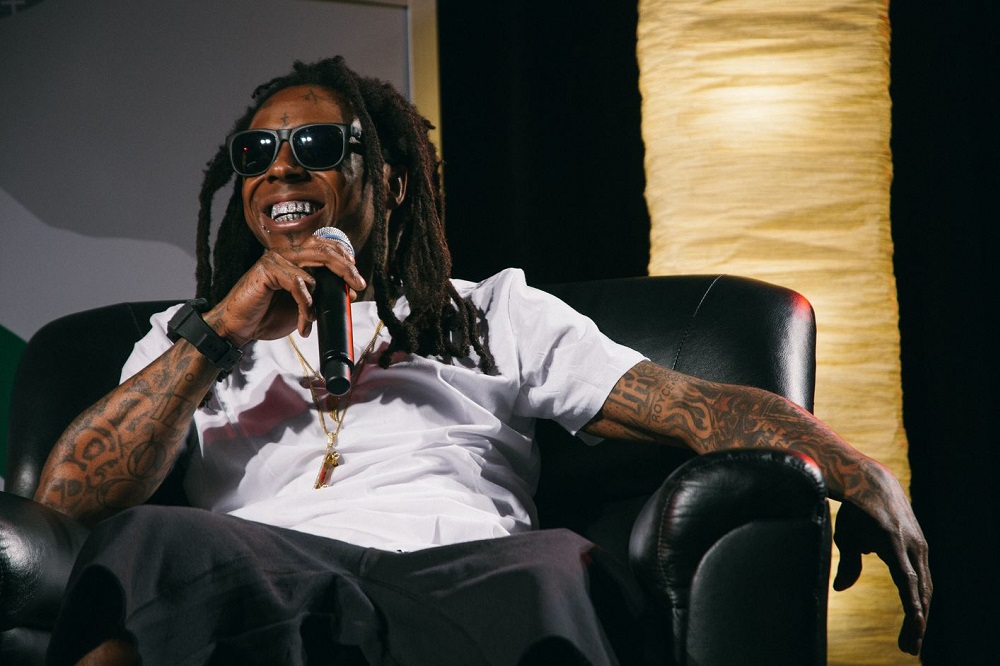 Dee-1’s record label, RCA Inspiration, told Rapzilla
that it had stopped the Tuesday release of
Separated at Birth, a concept mixtape in which
Dee-1 rapped over used Lil Wayne instrumentals
about content contrary to what Wayne had
promoted on those tracks.

“The label did ask him to not release it — basically
business reasons,” Tricia Newell, RCA Inspiration’s
publicist, said. “Everything was not vetted, and he
has an album that he should be working on; that
we’re looking forward to promoting. We just felt
like it wasn’t the right time for a mixtape. We should concentrate on the full album, get that out and
build his anticipation for that.”

“I’d like to apologize to all the fans. This is a project
that was needed in hip hop and i was excited to
give it to you all. All i can say is that 1. this industry
is truly crazy smh, 2. some bold actions have taken
place behind the scenes, and 3. some people fear
what the truth sounds like.

“Trust me, if no one threatened legal recourse, I
would still drop it because I worked hard on this
and i think this music would bless all who hear it,
and add a much-needed perspective to hip hop.
The topic of my personal safety was also brought
up to be honest, but truthfully God has me covered so I was neeeeeeeeeeeeeeeever worried about
that.

“Until further notice, the#SeparatedAtBirth mixtape
has been BANNED. Unfortunately, i need for
orangemixtapes.com to not post the mixtape as of
now until things clear up. Sorry for the wait.”

Rapzilla reached out to Orange Mixtapes and
Dee-1’s representatives for further explanation on
Tuesday morning.

“We still hope to release the tape once we clear up
any possible legal threats and, more importantly,
the concern for Dee-1’s personal safety,” Orange
Mixtapes said.

Dee-1’s representatives said they were unable to
expound on the legal repercussions or safety
concerns.

Newell said RCA Inspiration, which operates under
Sony Music Entertainment, was unaware of any
additional reason for Separated at Birth’s
cancellation other than its own request.

“I know nothing about that,” Newell said, “and I
think the legal repercussions may have possibly
stemmed from us feeling like the project wasn’t
properly vetted; before everything was cleared.
There’s a difference when you’re an artist
independently putting out a mixtape versus a signed artist. But as far as anything else, I don’t
know anything about that, but, yes, it was us that
asked him to hold on that.”

Separated at Birth singles which Dee-1 managed to
release include “Tha Block is Hot” and “Call Yo Bluff.”