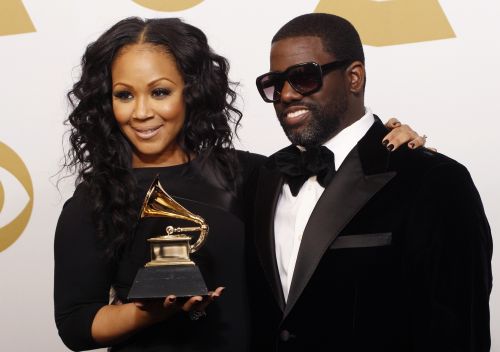 Kirk Franklin won two Billboard Music Awards during the live show that aired Sunday night, but fellow gospel music artist Erica Campbell has a theory about why the world did not see the achievement announced on TV.

“They never air ’cause they don’t know the value of the gospel audience,” the 44-year- old “Help” singer tweeted last Thursday.

Campbell’s tweet came in response to one user addressing the Billboard Music Awards and the singer to ask: “will they air the gospel nomination on TV.”

Despite Campbell’s comments, she express excitement about her own nomination in the Top Gospel Song category before the live broadcast.

“Ahhhhh!!! I’m nominated for a @BBMAs. Check out the live broadcast on Sunday, May 22,” Campbell wrote May 19

“I don’t find it difficult to market gospel music necessarily. I do find it sometimes difficult to be received,” Tina revealed in a previous interview with the Atlanta Business Chronicle. “When people hear the word ‘gospel’ they think, ‘that word doesn’t apply to me.’ To some degree we have to be
strategic in marketing it and presenting it.”

The 42-year-old singer and her sister have each gone solo to branch out on their own gospel music ventures. After close to two decades in the business, Tina believes she has a better handle on how to get people to receive gospel music.

“You have to show what’s good about it, you have to show what’s relevant about it, you have to show how it applies to the everyday person and their everyday life. It’s very important to include those elements of it because some people think it’s just for Sundays,” she said. “If people understand that it’s relatable everyday for every situation, — it’s what you laugh to, cry to, party to, be encouraged by, it’s your easy listening, it’s your workout music, it’s your motivation before you take that college exam — if you show people how it’s relatable, they are able to understand how amazing this music is.”

Erica, however, hasn’t allowed herself to get boxed into any expectations based on her genre. Her hit song “I Luh God” defied many of those expectations. The song has a
hip-hop beat and features Erica using a rap cadence never heard before by fans.

Gospel music fans responded well to the 2015 hit, helping it receive over 1 million YouTube views. When the video first hit the 1 million mark, Erica expressed her excitement on social media.