News: Gov Umahi to CAN: Check Activities Of Fake Pastors 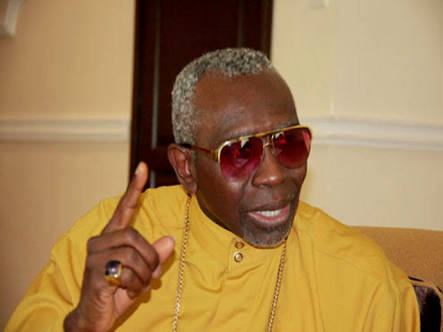 ABAKALIKI—Governor David Umahi of Ebonyi State has advised the state chapter of the Christian Association of Nigeria, CAN,  to check fake pastors whose activities have  continued to constitute a threat to true Christian worship.

Umahi gave the charge during an   interdenominational thanksgiving   service to mark this year’s 56th independence day celebration and 20th anniversary of the creation of Ebonyi State a t the  Assemblies of God Church, Abakaliki, last Sunday.

He said: “Let me appeal to the church,during the last election, there were some so-called churches that were destroying the name of the Lord. I know that they and their pastors still exist. I therefore ask CAN to check them. It is not everybody that calls the name of the Lord that is actually of God. I will be ready to join you to check their activities.”

Umahi, who listed the categories of people to be recognised during the next independence day celebration and Ebonyi at 21, thanked the church for supporting his administration through supplications.

Umahi, who listed the categories of people to be recognised during the next independence day celebration and Ebonyi at 21, thanked the church for supporting his administration through supplications.

He mentioned those to be recognised   on October 1  next year to include the family of the late Gen. Sani Abacha  and Chief Authur Mbanefo.

The late Abacha created Ebonyi 21 years ago while Mbanefo headed the committee that recommended its creation.

Umahi said: “Next October, we will be looking at those that made the creation of our dear state possible. These are people like  Sani Abacha that God used and Chief  Mbanefo who was the chairman of the committee that recommended the creation of Ebonyi State and some founding fathers of the state. “So, we will like to recognise them, including the Abacha family. But we are also going to review the founding fathers. We are going to set up a committee to honour them.”