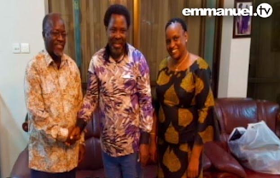 An exclusive video has been released to YouTube
detailing the visit of Nigerian ‘Prophet’ T.B. Joshua
to Tanzania and revealing further details of the
pastor’s closeness to the East African nation’s new
pace-setting President.

In the clips, Joshua is warmly welcomed at the
airport by Tanzania’s President, Dr John Magufuli,
who is a described as a ‘regular visitor to The
SCOAN and an Emmanuel TV partner’. 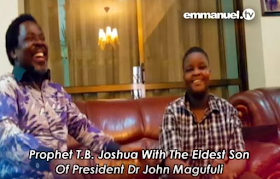 Subsequently, the video shows Joshua being
shown around Magufuli’s personal house and
meeting his extended family, including his aged
mother

The new President’s eldest son testifies in the clips
that he received ‘healing’ from a severe respiratory
problem after prayers from Joshua in 2013, no
longer needing the breathing device he once
relied upon. 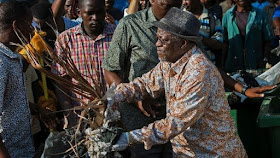 Other clips reveal the Nigerian cleric’s extensive
meeting with Tanzanian opposition leader Edward
Lowassa and key members of his party where he
is seen offering prayers for them.

At the period of Joshua’s arrival in November
2015, the nation was tense after the election
outcome was disputed by Lowassa. 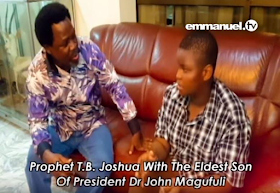 However, peace and progress have been the
watchwords of Magufuli’s first few months in
office, his anti-corruption drive and impressive
work ethic hailed worldwide.

The hash tag #WhatWouldMagufuliDo has trended
on social media across Africa in the light of the
new president’s whirlwind start and lead-by-
example approach. 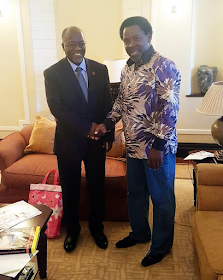 After 100 days in office, a national poll revealed
that over 90% of Tanzanians approved of
Magufuli’s presidency.

Comments on the YouTube video, uploaded by
Emmanuel TV’s official channel, were replete with
requests for the controversial cleric to visit their
respective nations.

The clip comes days after another Emmanuel TV
YouTube video purportedly showing the
deliverance of a young man who ‘turned into a
dog’ went viral.