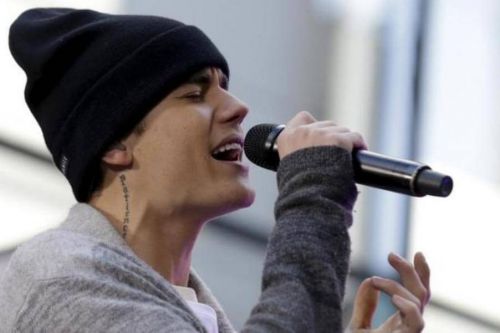 The 21-year-old singer opened up about his
relationship with God, and how that
connection keeps him from being a bad
person in a GQ magazine interview this month. “I feel like that’s why I have a relationship with
Him, because I need it. I suck by myself. Like,
when I’m by myself and I feel like I have
nothing to lean on? Terrible. Terrible person.”

The pop star also talked about past hurts and
recognizing that he cannot rely on other
people in the way he can depend on God.

“I’ve had people that burned me so many
times,” Bieber told GQ. “If we invest everything
we have in a human, we’re gonna get broken.”

Still, Bieber does not dwell on his negative
experiences with people. He believes dwelling
on such things is what the devil wants.

“He wants us to not be happy,” the singer said.

“He wants us to, you know, not live the life that
we can truly live.”

Bieber has developed close bonds with the
likes of Pastor Carl Lentz of Hillsong New York
City and Pastor Judah Smith from The City
Church in Seattle, Washington, throughout the
years, but there was once a time he was a
Christian uninterested in attending church.

“Christians leave such a bad taste in people’s
mouths. I was like, ‘I’m not gonna go to
church.’ I had these church friends and I was
like, ‘You guys are cool, I like you guys, but I’m
not going to church,'” Bieber said in a Complex magazine interview last year. “Then it was the same thing of, ‘Just because you went to a
weird church before doesn’t mean that this is
weird’. It doesn’t make you a Christian just by
going to church.”

However, Bieber soon came to realize the
importance of attending a place of worship.

“Like I said, you don’t need to go to church to
be a Christian. If you go to Taco Bell (fast food
chain), that doesn’t make you a taco,” Bieber
said. “I think that going to church is fellowship,
it’s relationship, it’s what we’re here on the
Earth to do, to have this connection that you feel there’s no insecurities. I think that’s where
we need to be.”

Bieber came into the public eye as a global
phenomenon at only 13 years old, but was
previously blasted in headlines for allegedly
smoking marijuana, vandalising his neighbor’s
property, using racial slurs and drag racing.
Yet the singer told Complex that he is striving to be more like Jesus Christ.

“I just wanna honestly live like Jesus. Not be
Jesus. … I don’t want that to come across weird.
He created a pretty awesome template of how
to love people and how to be gracious and
kind,” Bieber told the publication. “If you
believe it, he died for our sins. Sometimes when I don’t feel like doing something, but I know
it’s right, I remember, I’m pretty sure Jesus
didn’t feel like going to the cross and dying so
that we don’t have to feel what we should have
to feel.”