News: Kirk Franklin Is Insecure About Lack Of singing Abilities? 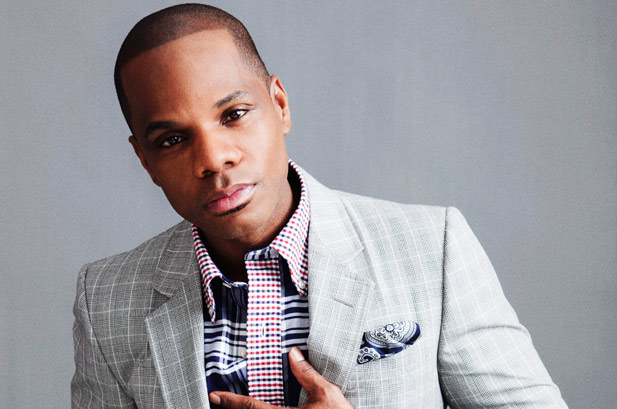 Kirk Franklin is a Grammy- winning producer, recording artist and songwriter who is insecure about not having the same type of gift as his peers.

The 46-year-old minister of music has made songs for some of the biggest names in Christian music. While he is grateful for God blessing him with the gift of songwriting, the producer and recording artist who utilizes the voices of others in his records, admitted his insecurities with doing that.

“The greatest gift God has given me past family and salvation is songwriting. I sit in rehearsal blown away at these songs…Songs given to me not based on my goodness but HIS,” Franklin tweeted as he prepared for his Twenty Years In One Night tour. “To be in a genre full of the best singers in the world and not being able [to sing] it like them has always left me insecure. So I’m only here because He loaned me these songs.”

Franklin has been modest about his award-winning abilities for some time, but revealed that his pride halted the process in creating his Losing My Religion album. In an interview with The Christian Post last year, Franklin said he allowed insecurities to keep him from releasing new music.

“To be transparent, that’s what took me so long to do the album. A lot of it was fear, and then I really began to learn that spiritually fear is a form of pride,” Franklin revealed to CP. “It was pride that I would never be able to live up to ‘I Smile.’ I would tend to just kind of stay away, because I was scared of not being accepted like I was with ‘I Smile.'”

Despite previous fears centered around creating new music, it seems Franklin still knows how to strike a chord with people. His first single off of the new record titled, “Wanna Be Happy,” made gospel music history last September when it became the best first-week digital single in the history of gospel sales.
Still, Franklin is doing his best not to place too much importance on these type of victories.

“I’m very cautious to not be too observant, or too consumed with what works and what doesn’t work, because I think that’s when you fail,” he said.

Regardless of how his album is received, Franklin is willing to go through trial and error in order to keep people focused on God.

“I just keep trying and failing and I will continue to keep trying to see what I can do to try to keep people engaged in the conversation about our Lord and Savior, man,” he said. “Really that’s all I’m trying to do. Really, at the end of the day, if I want to keep God part of the conversation then I will do everything I can to make that happen.”

Franklin’s tour kicks off this month and travels to 24 cities in what will be known as The 20 Years In One Night Tour.

“The 20 Years in One Night Tour will be a retrospective of Kirk Franklin’s impressive, 20- plus year body of work, which
has garnered him honors including nine GRAMMY Awards, 40 Stellar Awards and 16 GMA Dove Awards,” according to a press release. “Beloved for his distinct brand of inspirational music and lively stage performances, Franklin is extremely excited about the upcoming tour