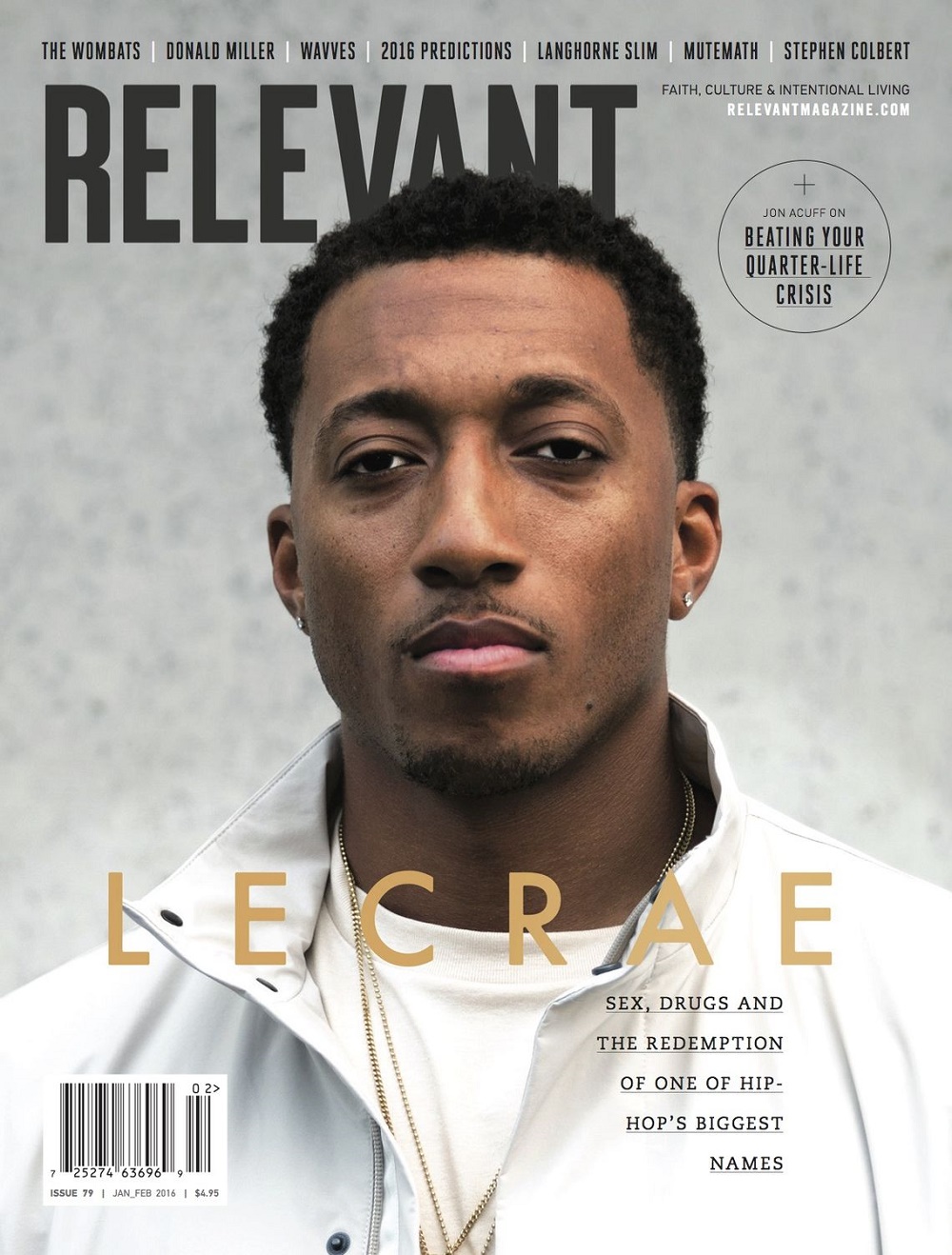 Relevant Magazine featured Lecrae on the cover of
its January/February 2016 issue in a story
headlined “The Lecrae You Don’t Know,” making
him the first Christian rapper to be featured on the
cover of Relevant ever.

“He’s a Christian icon and one of the biggest names
in hip-hop,” the subheading of the article reads, “But you already know that. What you don’t know
is the jaw-dropping story of the man behind it all.”

This is the second time in the past two months that
a major magazine has honored Lecrae.

In December, Ebony Magazine named him on its Power 100 list of inspiring African-Americans. Other
hip-hop artists on the list included Kendrick Lamar,
J. Cole, Drake and Lupe Fiasco.

The Relevant cover comes as Lecrae prepares for
his 32-date Higher Learning Tour,