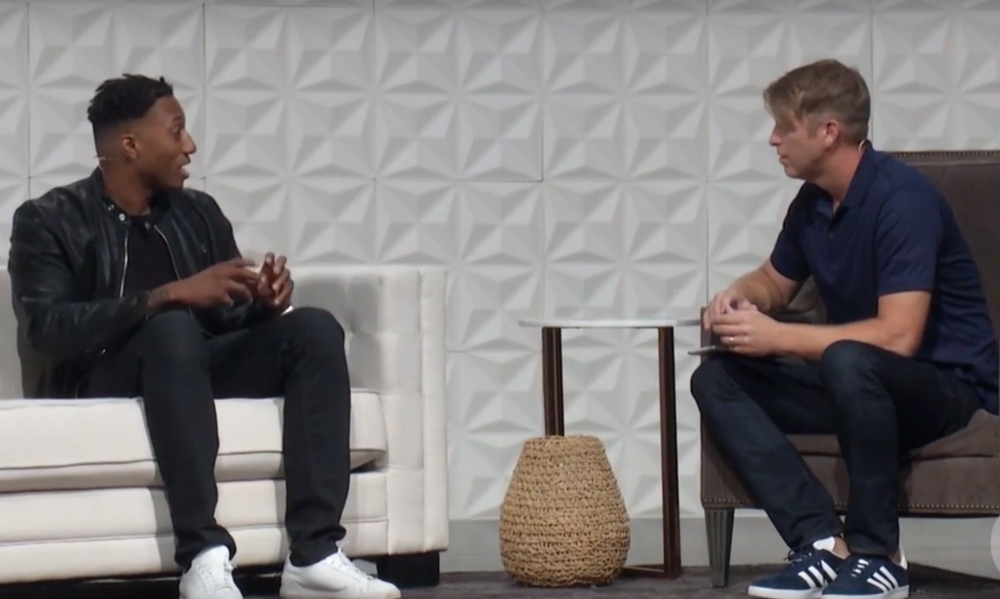 Lecrae was recently on QIdeas.org YouTube channel where the discussion was “Race, Righteous Anger, and Resolution.”

“Injustice, violence, discrimination, racism. As Christians, we cannot ignore the clashes around us, but how should we respond? Like Jesus overturning tables in the temple, is now a time for righteous anger? What does that phrase even mean? Lecrae is a voice that advocates against injustice in a way that leads to resolution—in contrast to empty outrage that perpetuates a cycle of pain and division. He will offer a perspective that allows our anger to propel our communities toward hope and true reconciliation,” the description reads.

They opened up the program with Lecrae talking about some of the backlash he receives from fans for covering issues with his platform. Many want him to stay in his lane.

“They wanted me to keep the peace, and I’m more of ‘make the peace’.”

Lecrae along with the host then dissected the difference between riot and protest.

“A protest is a way to say that I see something unjust and I’m taking a stand against what I see is unjust,” said the rapper.

From there the conversation turned to the history of problems between law enforcement and the African-American community. He said policing started on slave plantations to keep them in check in the south. This enforcement would keep slaves from escaping and create examples if one disobeyed. That history of “white” empowerment kept going over the next two centuries.

Ultimately he said, “We are all confined to our experiences and our education.”

He said most of his white friends have never had any bad experiences with law enforcement. Lecrae said his experience is opposite. “I myself have been a victim of police brutality…discrimination…”

Watch the complete discussion below: