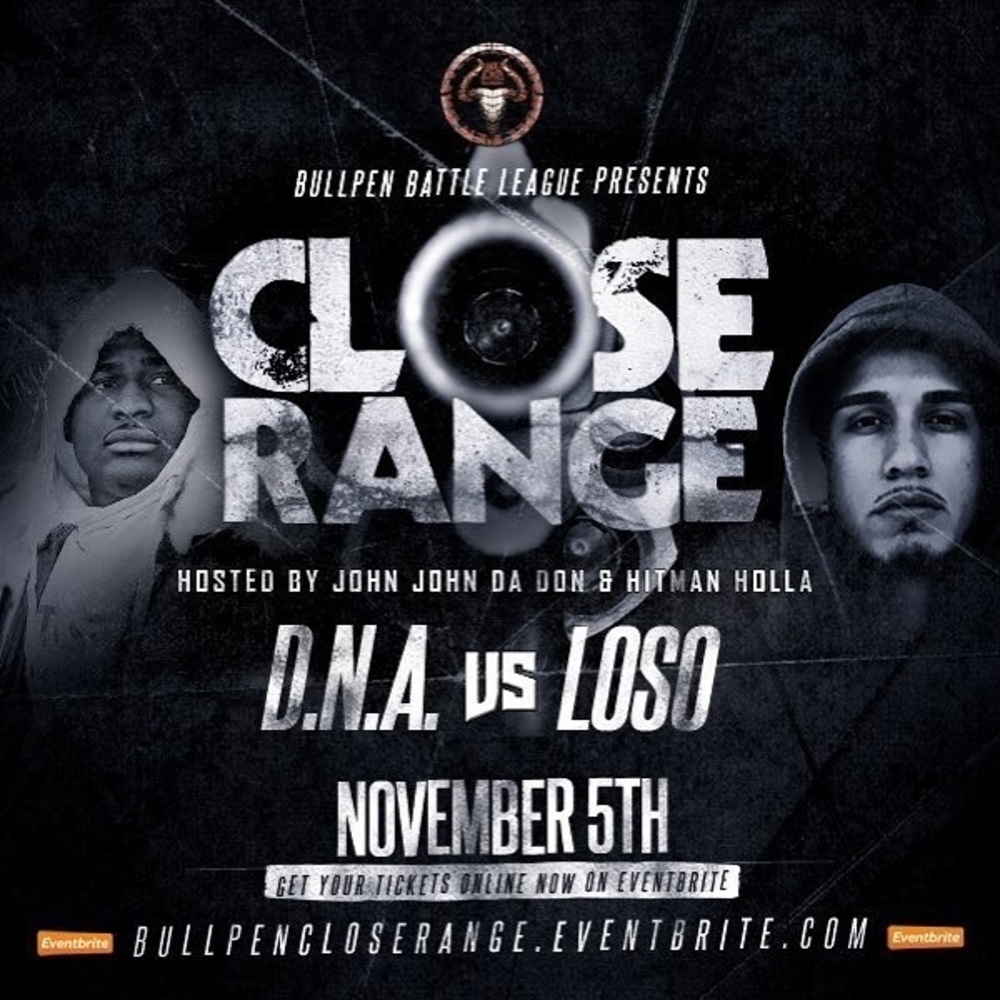 BullPen Battle League just announced that Christian emcee Loso will be squaring off against DNA at the
Close Range event at November 5th.
Loso is coming off a hot streak of solid battles as he is heavily regarded as one of the best newcomers to the scene.

This battle is huge for Loso as DNA was recently named the no. 1 most viewed English speaking
battle rapper in the world. In terms of world ranks, he’s no. 8 with 48.3 million views on YouTube. Loso along with fellow Christian battler, A. Ward
L were also named among the top battles of the month for BattleRap.com. For the full list click here Check out the Close Range promo and
announcement below (Warning, adult language):