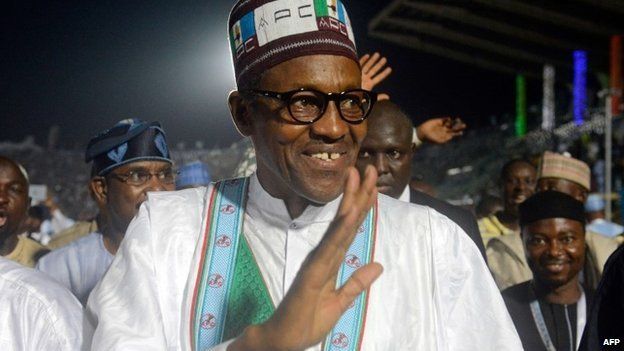 ABUJA — President Muhammadu Buhari has said Nigerians have no business with poverty given the enormous resources the country has.

To this end, he has promised to take appropriate measures to stamp out corruption and reposition Nigeria as a prosperous nation that can adequately cater for its citizens.

The President made the assertion, yesterday, at the opening of the 45th Annual Conference of the Institute of Chartered Accountants of Nigeria, ICAN, in Abuja.

The President, who was represented by the Permanent Secretary, Ministry of Finance, Mrs. Anastasia Nwaobia, blamed the poverty in the land on mis-governance and lack of transparency.

Meanwhile, former Minister of State for Finance, Mr. Remi Babalola, has recommended compulsory assets declaration for all principal officers in the executive arm of government as a means of checking the menace of corruption.

President Buhari said the nation’s ability to create wealth had increasingly been hampered by lack of good governance and accountability in the management of public resources at all levels in the past.

[quote]Buhari said: “As blessed as we are as a nation, Nigerians have no business being classified as poor. Yet, through the greed of some unpatriotic few, our commonwealth has been badly pillaged in the name of public service.[/quote]
“Our ability as a nation to create wealth has increasingly been hampered by the lack of prudence, transparency and honesty in the management of public resources by some of those entrusted with the duty of governance at all levels in the past, so much that in the midst of plenty, Nigerians are now suffering great deprivation.

“This should not be allowed to continue. The project called Nigeria must be given our all. The nation ought and must leave the throes of poverty and underdevelop-ment because I believe we are naturally destined for greatness.’’

While calling for a collective effort in fighting the cankerworm, he expressed optimism of a glorious future, and urged Nigerians not to thrive on the illusion that the battle for enthronement of the right values will be easy as according to him, ‘corruption will certainly fight back’.

But he said his administration is resolute in its desire to effect a change in the nation’s value system.

‘‘To achieve this, we must collectively resolve to build today for a blissful tomorrow. I am optimistic that the glorious dawn we all hope for will not be long in coming.
“But we are resolute in our commitment to effect change in our value system. We will give the battle our all to guarantee victory,’’ he said.
Buhari said he would lead by example by making effort to live above board, and promised to overhaul the bureaucracy of the public sector to further engender transparency and improve productivity in public governance.

Similarly, the President assured that his administration would strengthen the anti- corruption war by reinvigorating the Economic and Financial Crime Commission, EFCC and the Independent Corrupt Practices and other Related, ICPC to reinforce accountability in public governance.

Earlier in his welcome address, the President of the Institute, Otumba Deru, said that ICAN had made remarkable progress in reforming the accounting profession in its 50 years of existence.
According to him, the professional body had trained and certified over 40,000 world-class chartered accountants who are adding value in various sectors of the national and international economy.

The former minister, who is the Chairman/Chief Strategist of Alternative Capital Partners Limited (ACAP), attributed the alarming rate of corruption in
the system to the culture of impunity that had existed in the country.

He therefore advised that all principal officers of the government, including the ministers, permanent secretaries, director-generals and heads of government must declare their assets publicly before and after leaving office.

He said, “Our culture of impunity is the bane of the entrenched corruption in our society. The value destruction and corruption undermine any economic development or social change we may aspire for our nation.

“Mismanagement and misallocation of resources, coupled with an unprecedented level of corruption have been at their highest in the history of our nation in the last six years.

“Performance or success in public space was measured by the conversion rate of public funds into private accounts. It looks as if democracy has been substituted with kleptocracy.”

Babalola, who chaired the Federation Account Allocation Committee (FAAC) between 2007 and 2010, urged the new Administration to confront the endemic corruption whole-heartedly in order to
resolve the country’s mal-functionality.

He consequently recommended the expansion of the whistle-blowing and fraud protocol by the Economic and Financial Crimes Commission to include the payment of 10 percent of the forfeited undeclared assets to whistle blowers/informants if successfully prosecuted.

The former minister, who decried the absence of transparency in the oil sector and the NNPC, regretted that the NNPC’s core competence had been reduced to importing refined products and paying subsidies to bogus companies.

He wondered why it was difficult for the NNPC to compete with the likes of PETROBRAS of Brazil and PETRONAS of Malaysia.

“It is counter intuitive that we deliberately ensure that receipts and proceeds into the nation’s treasury are not accounted for. Such has been our contempt for transparency that an incumbent governor of an operationally and legally independent central bank, who publicly alerted the nation, was forced out of a fixed tenure.

“Of course given its systemic importance to the economy, there is no justification for the state- owned oil sector monopoly (the NNPC) not to publicly publish its audited accounts and even quarterly accounts like all listed companies on the stock exchange,” said Babalola, who is a Fellow of the Institute of Chartered Accountants of Nigeria.

He recalled drawing the attention of the nation to the parlous state of the NNPC’s accounts five years ago, adding that many sympathisers feared for his life as it amounted to “stepping on a snake”.

He affirmed, “I was unperturbed and unruffled but ready and willing to take a walk as a statement of intent that if they wanted to continue in that decadence of resource mismanagement, I was not going to be a part of it.”

He explained that the Nigerian dream was about prosperity, dignity and hope for all, and not poverty, violence, corruption and destructive leadership which bankrupted the nation.